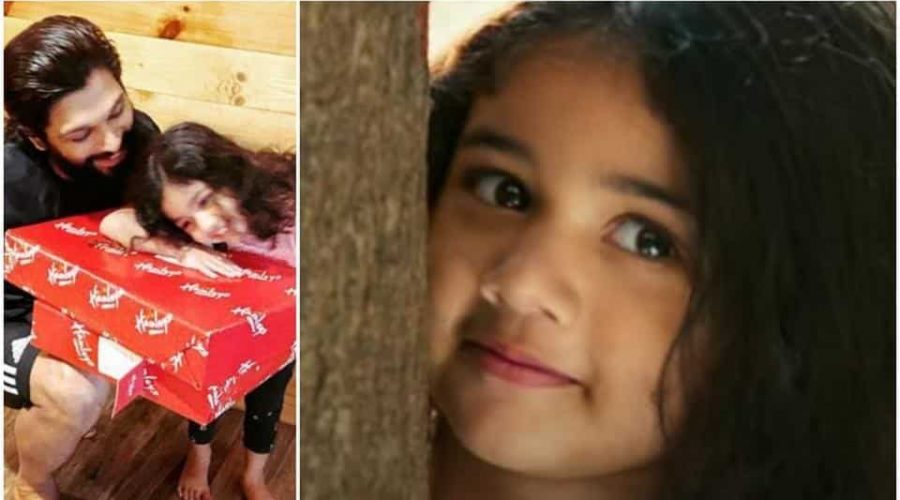 Actor Allu Arjun on Saturday took to Twitter to share a beautiful note on his daughter Allu Arha’s fourth birthday. Sharing an adorable picture, he thanked her for the infinite joy and cuteness she brings into his life.

In the picture Arjun shared, he’s seen gifting his daughter a gift from a popular toy store. The post immediately went viral. “Many many happy returns of the day to my Arha. Thank you for the infinite cuteness n joy that you give me. Wishing you a wonderful birthday my little angel. #AlluArha (sic),”Arjun wrote.

On this special occasion, a video song featuring Arha dancing to the popular number Anjali Anjali from Mani Ratnam’s Anjali was unveiled. Released on Allu Arjun’s Youtube channel, the song is a reimagination of the original track but features Arha and a bunch of kids.

On the work front, Arjun is currently busy shooting for his upcoming Telugu film Pushpa, which marks his third time collaboration with filmmaker Sukumar. The film also stars Rashmika Mandanna and Vijay Sethupathi.

Also read: Anushka Sharma enjoys tea-time with father in Virat Kohli’s absence, refuses to crop him out of photo despite his request

Pushpa is tipped to be a high-octane action-thriller. The film, which will be released in five languages, will be based on red sandalwood smuggling.

For the first time in his career, Arjun will be seen sporting a thick curled look for his character. The film’s first look poster was unveiled on the occasion of Arjun’s birthday in May. The poster features Arjun in a fierce and intense avatar. His powerful gaze is an indication that he’s a man with a lot of secrets.