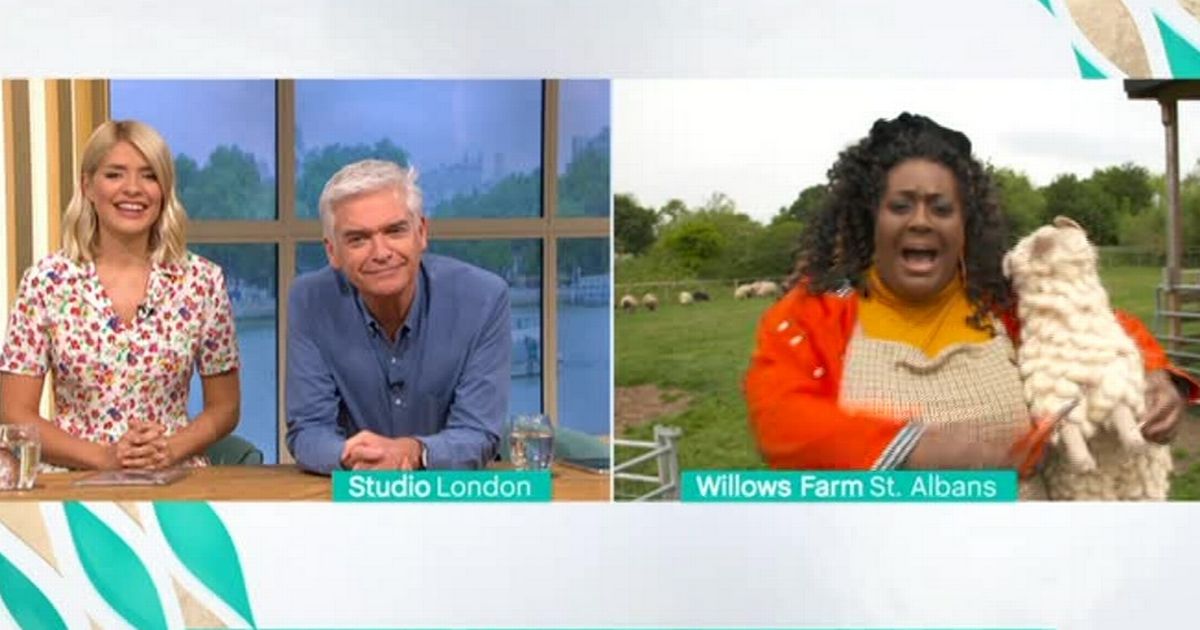 Alison Hammond's live segment on sheep shearing didn't exactly go to plan today, from forgetting the name of the location to hosts Holly Willoughby and Phillip Schofield struggling to contain their laughter.

Right from the offset, Phil had his head in his hands and the duo were also left baffled by the odd position the sheep was in before it was sheared.

It didn't phase the 44-year-old presenter, however, and fans were in hysterics.

But Holly appeared to let slip a remark that Alison couldn't help but pick up on.

As Alison showed off the fake sheep in her arms, Holly began to say: "Oh yours looks-"

Due to the time delay, Alison interrupted her saying: "I've learnt to sheep shear, thanks so much."

"Thank everyone there for us will you?" Holly asked.

"Back to the studio, bye!" Alison said, seemingly not have heard Holly.