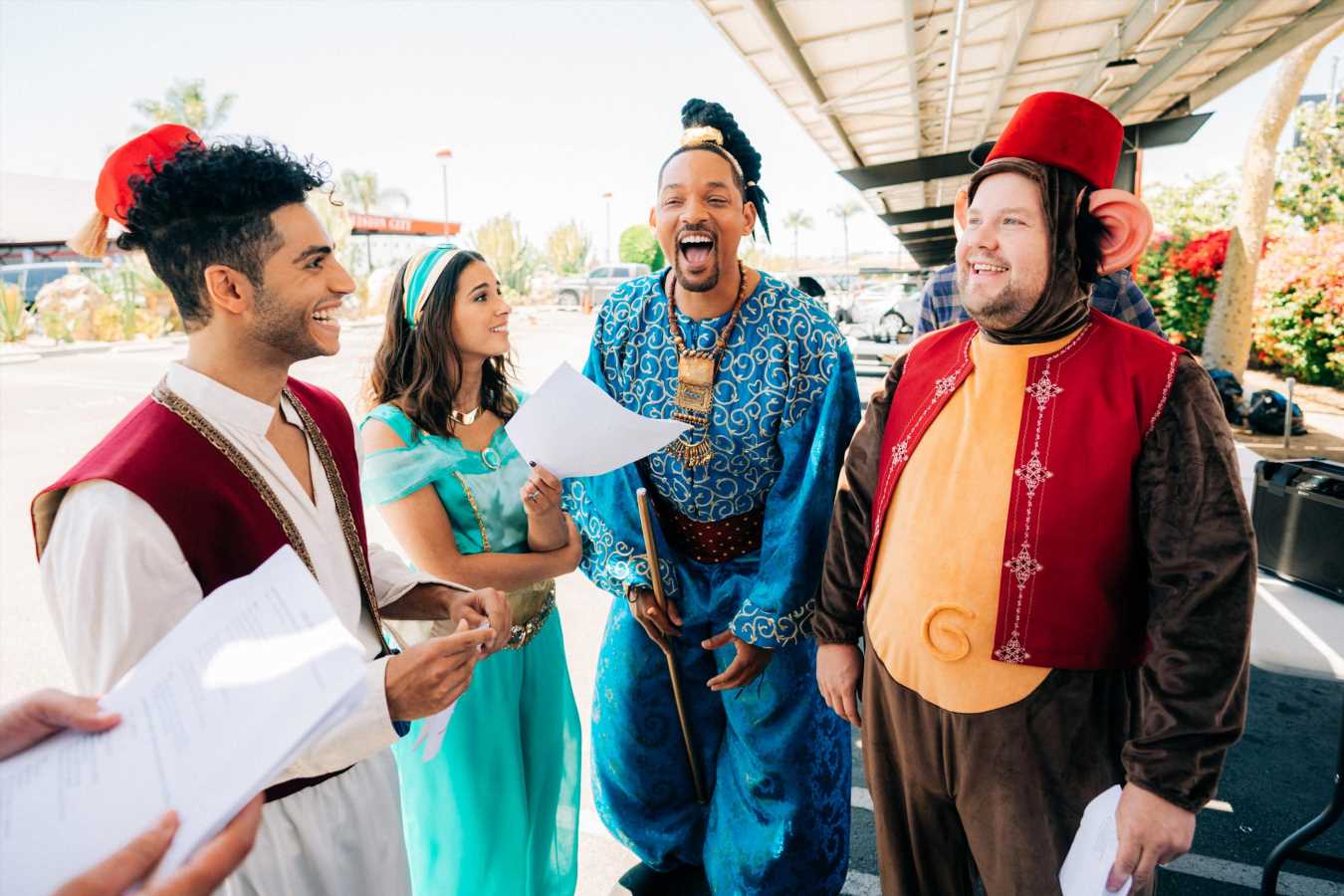 The newest rendition of Aladdin was realized in a whole new world: the crosswalks of Los Angeles.

On Thursday’s Late Late Show, James Corden honored the famed movie-musical’s release by adding a familiar twist. The latest installment of “Crosswalk the Musical” sees the British multi-hyphenate as the Genie, complete with body paint from head-to-toe in the character’s signature shade of blue.

“We have quite the day ahead of us,” began Corden. “I don’t think I need to tell you the name of the musical that we will be performing.”

The performers rattle off Avatar and Blue Man Group, but it’s the final suggestion of the Smurfs that really sets him off, shouting, “Why would it be the f—ing smurfs?!”

Corden feels quite confident with the casting of his budgeted Broadway performance, with Mena Massoud and Naomi Scott reprising their on-screen roles alongside his Genie — that is, until Will Smith makes a surprise appearance. Smith boots Corden over to the role of Aladdin’s monkey sidekick Abu, which Corden then likens to the greatness of Hamlet.

Watch the rest of this “lighthearted, musical romp,” complete with pyrotechnics and a forklift, in the video above.