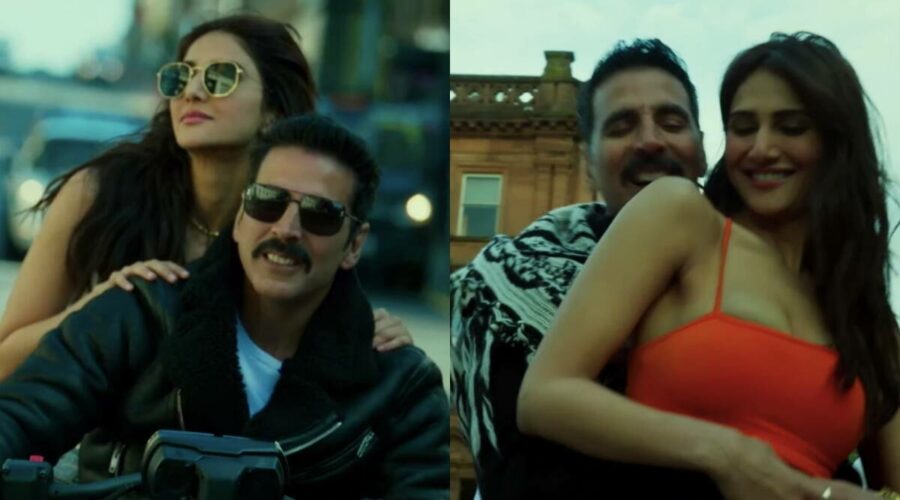 Akshay Kumar and Vaani Kapoor look stunning in the latest song of BellBottom, titled 'Sakhiyan 2.0'. The film is scheduled to hit the screens on August 19. 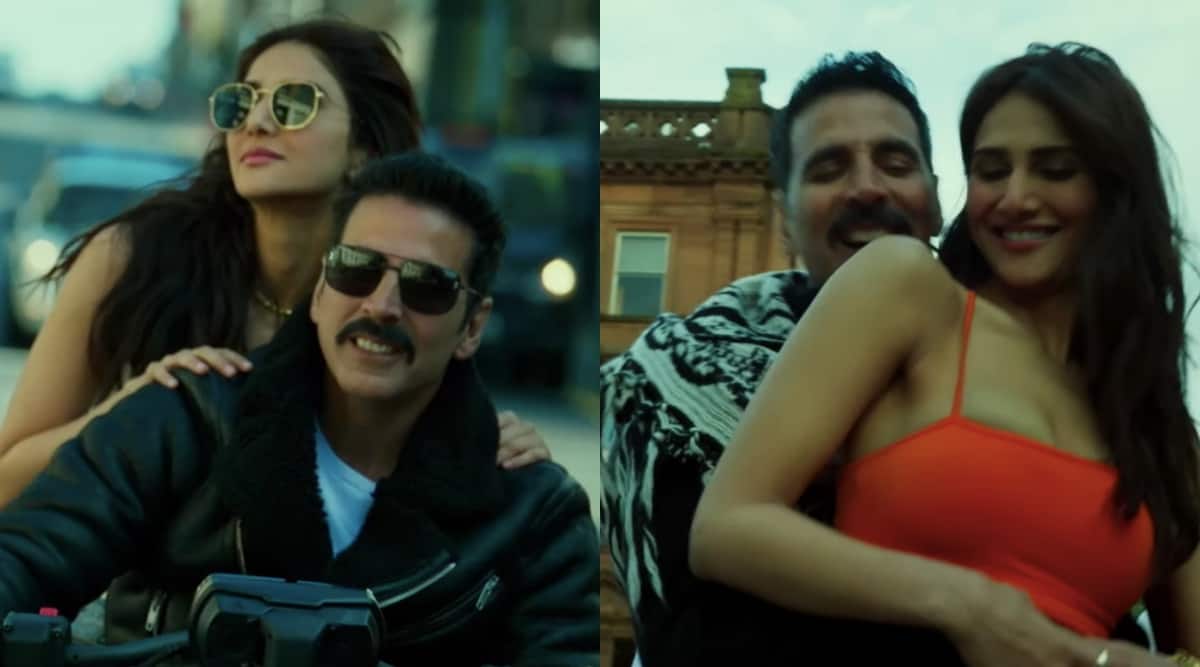 The second song from the upcoming film BellBottom is out. Titled “Sakhiyan 2.0”, it has been picturised on Akshay Kumar and Vaani Kapoor. While Akshay essays the role of a RAW agent, Vaani plays his wife in the movie.

The romantic number is a recreated version of Maninder Buttar’s 2018 hit Punjabi number “Sakhiyan”. Buttar himself has worked on the song once again along with the music composer Tanishk Bagchi. Sung by Buttar and Zara Khan, “Sakhiyan 2.0” has been penned by Bagchi, Buttar and Babbu. For the makers, the song is a “shoutout to all the hopeless romantics”.

In the over three-minute song, Akshay is seen trying to match Vaani’s dancing prowess. Sharing the song on social media, Akshay wrote, “Can’t wait for you guys to feel the Sakhiyan2.0 vibe, song out now.” Vaani feels the song will get the listeners groovy as she wrote on Twitter, “This groovy number is sure to get your foot tapping!”

The first song released by the makers was “Marjaawaan“. It was a romantic ballad shot against a picturesque backdrop. Though the song struck a chord with music lovers, its poster landed into a controversy. Many fans pointed out that the poster looks similar to what social media influencer and digital creator named Camille had shared earlier. Camille is a globetrotter and her handle named ‘backpackdiariez’ boasts of beautiful clicks from across the world.

BellBottom, an espionage thriller, is the first Hindi film to hit the theaters after the second wave of coronavirus hit the country. Besides Akshay and Vaani, the film also stars actor Huma Qureshi, whom Akshay calls a “phenomenal actor” and a “total nutcase”.

Recently, Akshay shared a fun video of Huma dancing on Daler Mehndi’s song “Ho Jayegi Balle Balle”. Along with the video, the actor wrote, “A total nutcase, a darling at heart and a phenomenal actor! Even though @humasqureshi’s filmography is shorter than mine, her acting prowess is much higher. Watch out for her power-packed performance in #BellBottom.”

Produced by Pooja Entertainment and Emmay Entertainment, the film is written by Aseem Arrora and Parveez Shaikh. It will hit the theaters on August 19.

08/13/2021 TV & Movies Comments Off on Akshay Kumar-Vaani Kapoor get groovy in BellBottom song Sakhiyan 2.0, Huma Qureshi’s bhangra has all our attention
India