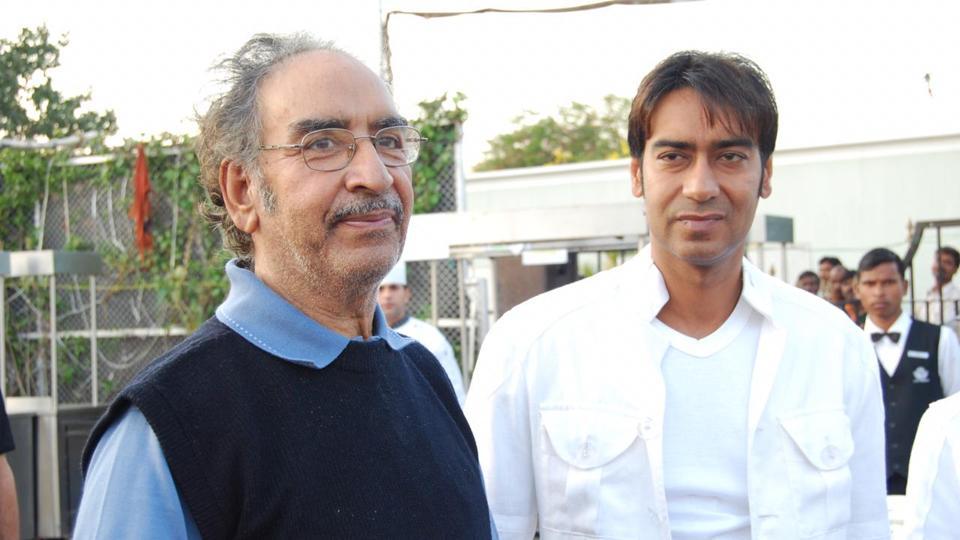 Actor Ajay Devgn’s father Veeru Devgn died in Mumbai on Monday. He used to work as a stunt director in Bollywood movies. According to a report in Mid-day, he was admitted in Surya Hospital, Santacruz, Mumbai. His funeral will be held at Vile Parle crematorium on Monday evening at 6pm.

Veeru had worked on 80 films such as Lal Baadshah and Ishq. He even directed Hindustan Ki Kasam in 1999, which starred Amitabh Bachchan, Ajay and Manisha Koirala.

Vicky Kaushal’s father and stunt director Sham Kaushal expressed grief at Devgn’s death. “RIP Veeru Devgan ji. Just came to know about this sad news. As an Action Director always ahead of his time and as human being par excellence. I became a stuntman with his blessings on 8th August, 1980 as he signed my application to become a stuntman and made me part of his team,” he wrote in a tweet.

Talking about his father a few years ago, Ajay had said he was his true Singham. “The Singham in my life can only be my father. Because he is a man who came to Bombay at that point in time with `4 in his pocket, wanting to become something, struggled, washed and lived in taxis so he could live here, did not eat food for eight days at times, worked so hard, became a street fighter from there till Mr Ravi Khanna saw him one day asking him whether he would become a fight director. From there, his growth from nowhere to become India’s topmost action director is remarkable.

“I have seen him getting so much respect that some of the biggest actors would touch his feet, wanting to work with him. By the time I was born, he had enough money. As a kid and being an action director’s son, I still had the same lifestyle I have today, including owning a Mercedes. He has 50 stitches in his head and has broken every bone in his body. So no one else can be my Singham.”