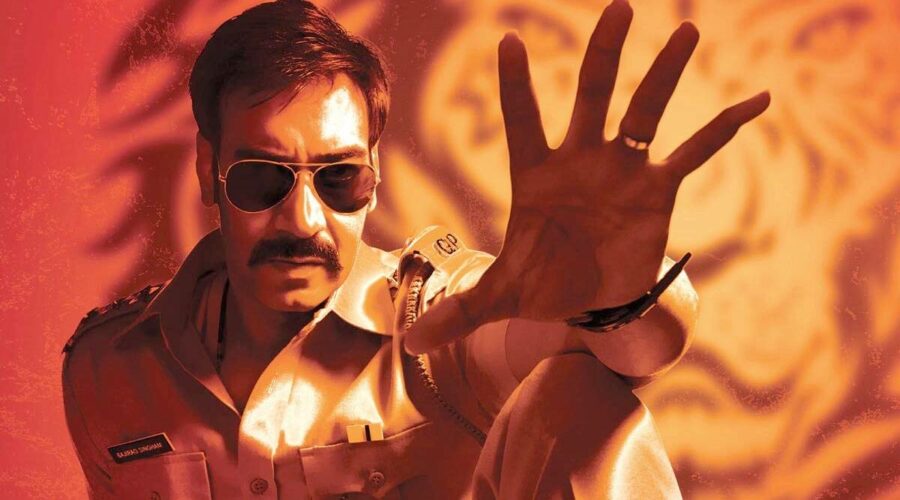 As Ajay Devgn celebrates 10 years of Singham, we revisit the cop drama which opened the gates for Bollywood's first cop universe. A typical masala potboiler, it needs to be watched with a certain frame of mind. 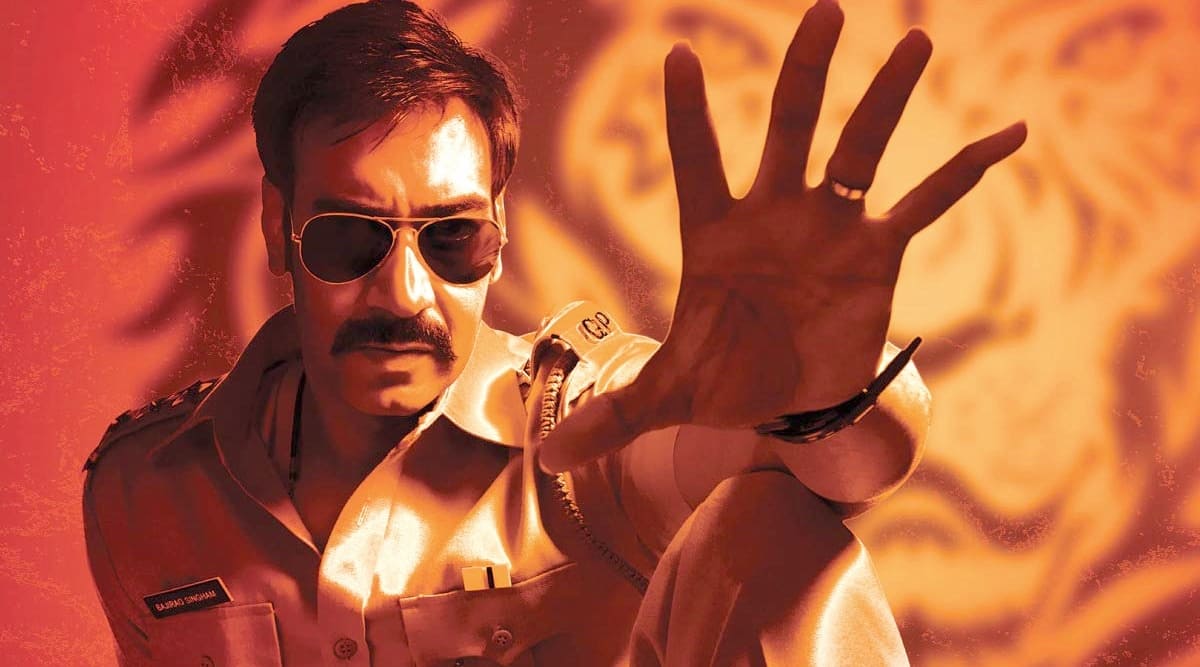 What is a typical Bollywood masala potboiler? My choices will now also include Singham. I might be late to the party by a decade, but what better way to watch the firework from Rohit Shetty’s stable than on its 10-year-anniversary? Yes, I finally watched the Ajay Devgn starrer, and honestly, I liked it.

Disclaimer: This isn’t a fan letter, nor am I a fan of police dramas.

Singham for me is a perfect reminder of everything 1970s that rode on Bollywood’s favourite theme of good vs bad, alongside the typical ‘dhishoom dhishoom’, hero-worship, an evil villain and a beautiful actress in some hummable songs. In the current world of content-driven cinema and web shows, Singham comes like a break. It makes for a comfort watch, despite a predictable plot, laced with a retro feel. 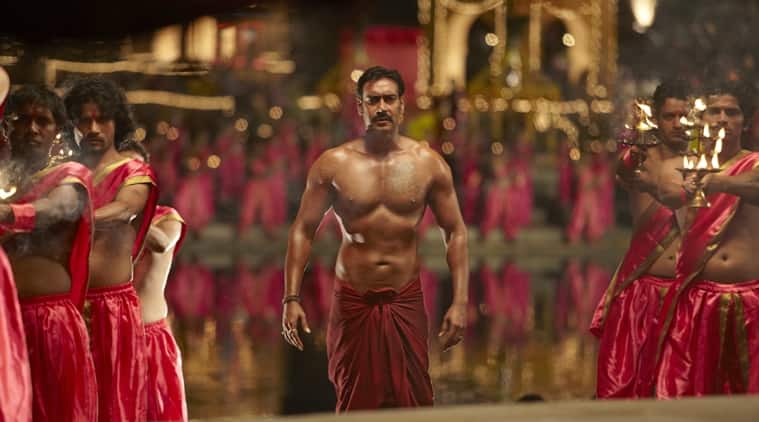 Singham revolves around Ajay Devgn‘s Bajirao Singham, an archetypical police officer admired by his people for his righteousness. He metes out his own brand of justice and manages to keep his village a symbol of peace and prosperity, until he encounters Jaikant Shikre, a corrupt businessman-turned-politician. With his entry in Singham’s life, all hell breaks loose. What follows is their fight for one-upmanship with Singham trying to unmask Jaikant while he tries to make the cop’s life miserable.

There’s Kavya (Kajal Aggarwal) too, but that’s not important. Her only contribution is to look pretty, bring romantic relief and unleash the softer side of Singham. She wears beautiful wardrobe and also encourages the hero to not give up on his goodness and strong will. 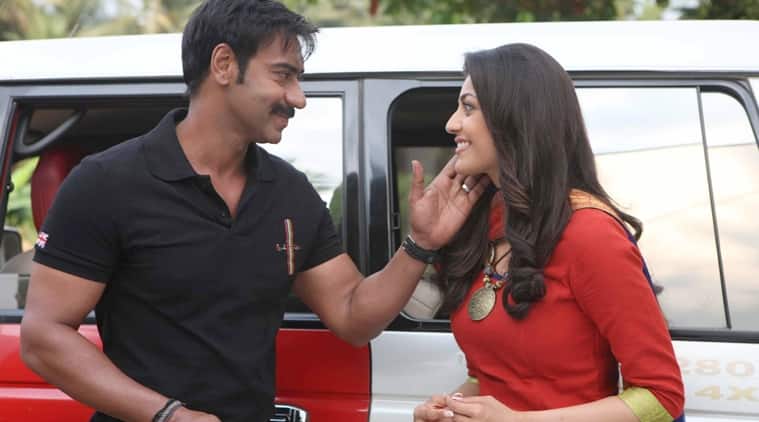 To bracket Singham among smart screenplays would be unfair. It has its own world where the hero represents best things in this world – best son, best lover, best cop and best everything. He is god-like for his associates, and for others, the sheer mention of his name sends shockwaves across the crime syndicate. When he fights the goons, he hands over his shirt and the police belt to his lady, because he needs to flex muscles to scare the bad men away.

Singham surely has some very impressive stunts. This is where Rohit Shetty‘s genes (he’s son of veteran stuntman Shetty) were at full display. The high-octane action is emphasised with clenching of fists, slow-motion shots giving you ample time to cheer for our main man. This is also where the director’s signature flying cars came into play. 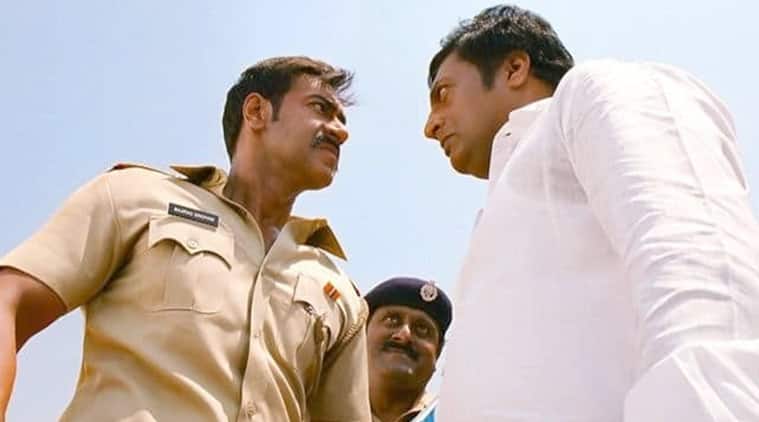 The plot did take a lot of time to come to the point, post a thrilling prelude. But do we care? We have a very strong villain, almost at par with the hero, one of the high points of Singham. What Prakash Raj did as the main baddie cannot be replicated by anyone else. Despite a nonsensical climax, there was no frame where Jaikant did not give you chills. Though I failed to understand why Prakash Raj’s acting was so animated in some portions.

The dialogues are totally filmy, to say the least. A lot of them are in Marathi, they seem to be written for single screen audience, and I can only imagine the kind of whistles and cheers they would’ve received back in 2011. The music and background score fitted well with the mood of the film too.

Thanks to Rohit Shetty, who previously managed to showcase the funny side of Ajay Devgn in the Golmaal series, we are now heading into India’s cop universe which started with Singham and now includes Simmba and Sooryavanshi.

Singham can be a relief during the clutter of the messed up times we are living in. Just that you need to watch it with a certain set of expectation. Watch it again, this time, to celebrate its ten years – ten years of Ajay Devgn’s hook step in its title track, and his “Aata Majhi Satakli.”

07/22/2021 TV & Movies Comments Off on Ajay Devgn celebrates 10 years of Singham: We watched cop drama for the first time and enjoyed it
India