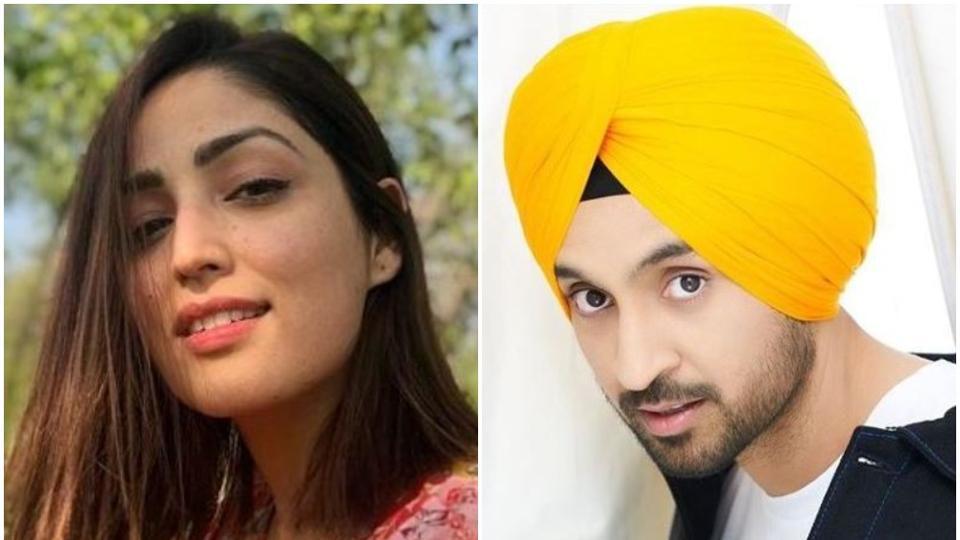 Singer-actor Diljit Dosanjh, who made an impressive debut in Bollywood in 2016 with Udta Punjab, has signed a comedy co-starring Yami Gautam.The upcoming comedy, to be produced by Ramesh Taurani, will also mark the directorial debut of Aziz Mirza’s son Haroon. The film will also be the first time Diljit and Yami would be paired together.

Diljit has completed shooting for Good News where he co-stars with Akshay Kumar, Kareena Kapoor Khan and Kiara Advani. The Punjabi actor is known to be a fan of American TV star Kylie Jenner and Kareena. In April this year, he unveiled a special song titled ‘Kylie + Kareena… Labhna Ni Munda Tainu Mere Jaisa’, dedicated to the two beautiful ladies. The song got a thumbs up from Kareena who recorded a message for the Punjabi singer-actor and mentioned how her former Udta Punjab co-star is a shy person and despite having done two films with her, he doesn’t speak much. She admitted she was his fan. Good News releases in December this year.

Following this, Diljit said in a statement: “I am extremely glad to have worked with Kareena ma’am and I am delighted that she said such kind words about me. Of course, it is a pleasure to be able to express my love for Kylie via this song, and I am really excited to see the response from the audience as well.”

Yami has been riding high after the success of her last film, Uri: The Surgical Strike. She has been currently busy shooting for Bala, where she stars with her Vicky Donor co-star Ayushmann Khurrana and Bhumi Pednekar.

05/29/2019 TV & Movies Comments Off on After Good News, Diljit Dosanjh signs another comedy, Yami Gautam to be his co-star
India