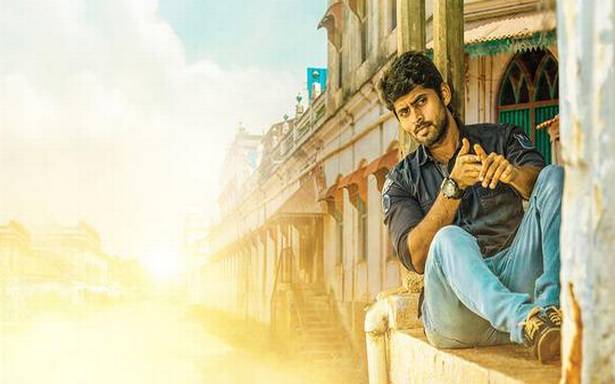 Actor Kathir kept a relatively low profile all through lockdown last year and into 2021, only occasionally popping up on social media to update his followers on what he is upto. The actor’s last release was in December 2019, the sports-horror film Jada.

Now, his long-pending film Sarbath, co-starring Soori and Rahasya Gorak, is set to have a satellite premiere on April 11. In a telephonic conversation, the Pariyerum Perumal actor discussed the changed landscape in Tamil cinema post the pandemic outbreak and why he is kicked about the upcoming film, among others. Edited excerpts:

One of your earlier films ‘Sigai’ released directly on an OTT platform, and now ‘Sarbath’ comes to TV. Is this the new normal?

We have to adapt to a situation as it develops. After COVID-19, I’m just happy that the content can be brought to an audience somehow.

Of course, financial viability matters as well, but I’m sure both the producer and the TV network would have worked out the parameters. I am more excited to see how the film would be received by our audience.

As we are seeing COVID-19 cases going up again, it will be a while before we get to see the old buzz about theatres back…

True. The industry itself is on shaky ground. Only a small percentage of people are going to theatres. In such circumstances, as actors, we have to be particular about choosing subjects that work for both theatre as well as OTT/TV platforms.

We cannot leave producers in the lurch in the event of more [COVID-19] waves happening. In fact, my next film (untitled project with Anandhi and Narain) has one such script.

Kathir and Rahasya Gorak in a still from ‘Sarbath’ | Photo Credit: Special Arrangement

I was surprised that an associate of Balaji Sakthivel (Prabhakaran) came up with such a script because this may not fit Balaji sir’s taste in films (laughs). Sarbath is uncompromisingly funny. It has emotions too that most families can relate with. The reason why we titled it Sarbath is because the film, which follows the story of brothers, is a cocktail of emotions, like the drink.

What are your upcoming projects?

I have finished filming a web series. There is one film that I’m shooting currently (with Anandhi and Narain) and there is one more for Passion Studios. I expect to complete both films in the next couple of months.

Are you more particular about the genre of films you choose nowadays?

I don’t fix on the genre before signing, but I am actively looking out for projects that are a little fun to be a part of. Maybe, black humour subjects.

Of course, that doesn’t mean I won’t sign projects that are high on emotional quotient, but it will only happen if the script is moving enough. That is why I remain excited to see how people receive me in Sarbath. I learn a little with every film I do and it helps with my choices going forward.

‘Sarbath’ premieres on Colors Tamil channel on April 11 at 4pm, and will be repeat telecast at 7pm.