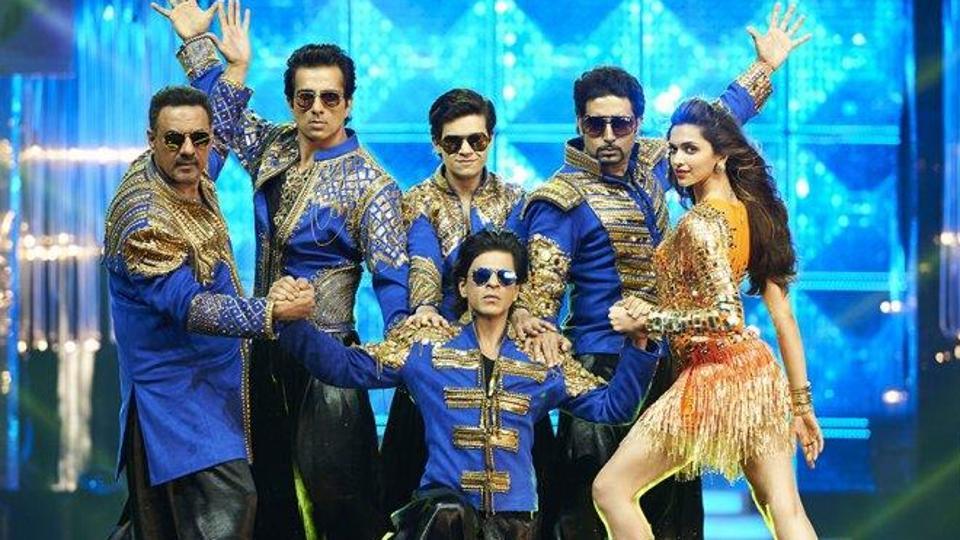 Actor Abhishek Bachchan was one of the funniest characters in Shah Rukh Khan-Deepika Padukone-starrer Happy New Year (2014). Looks like he wants a sequel for the Farah Khan film. Tweeting to Shah Rukh and Deepika, Abhishek requested them to get back.

He also tagged actors Boman Irani, Sonu Sood, Jackie Shroff and director Farah. “It’s a sign!!! @iamsrk @deepikapadukone @TheFarahKhan @bomanirani @SonuSood @bindasbhidu Time to get the band back together guys?,” he wrote alongside a picture of a vehicle that had ‘Nandu’ written on it. His character in the film was called Nandu Bheede.

Twitter was divided over the suggestion. Happy New Year had received flak from critics but worked well with the audience. Released in three languages — Hindi, Tamil and Telugu — across 4200 screens in Hindi and 800 screens in Tamil and Telugu, the film ranks among top Hindi grosser of all time. While one user wrote, “No.. please..dobaara ni jhelayega,” another said, “We would love to see your innocence again..Nandu Bhide @juniorbachchan.”

While Deepika is currently working with Meghna Gulzar’s Chhapaak, Shah Rukh Khan is yet to announce any project post the debacle of his film, Zero. Abhishek, on the other hand, was last seen along with Taapsee Pannu and Vicky Kaushal in Anurag Kashyap’s Manmarziyaan and is yet to officially begin on another film.

06/02/2019 TV & Movies Comments Off on Abhishek Bachchan wants Happy New Year’s cast to get back together, tweets to Shah Rukh Khan and Deepika Padukone
India