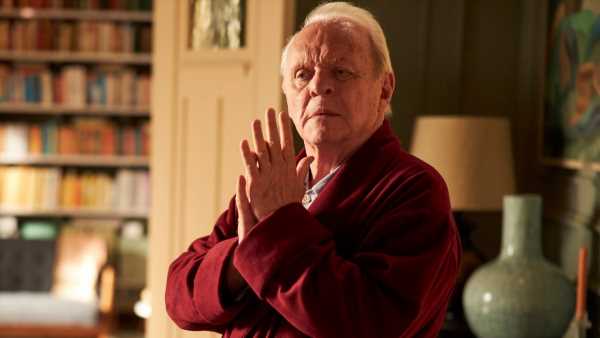 Giving the Best Actor award to Anthony Hopkins in place of the late (and no doubt great) Chadwick Boseman is an act of great courage and integrity, especially since Boseman in Ma Rainey’s Black Bottom is exceptionally cogent, a tour de force of a farewell performance.

To not honour the dead (especially one so deserving) and to see more merit in the living is a feat beyond the jury members of our awards to understand. I am happy to say I have seen Anthony Hopkins in The Father.

Some actors are so above the material that is provided for their talent that you end up looking only at the actor and not the rest of the film.

Anthony Hopkins is one such exceptional actor, so persuasive in his performances that he seems to tower above everything else.

Not so in The Father which to our delight, and I am sure Sir Anthony’s delight too, is a sharply-drawn, deeply introspective film.

It comes from a very successful French stage play with just two main characters — the father, who is now entering the life-shattering zone of dementia, and his daughter, who is trying hard to cope with her father’s growing sneering demands on her time and attention. 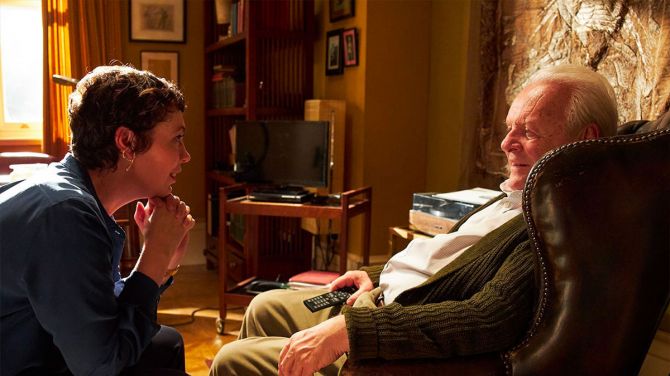 While Olivia Coleman, as the daughter, looks too baffled by life to make sense of it, Anthony Hopkins’s fatherly act is so authentic in its confusions, it will leave you deeply disturbed.

His final breakdown in the nursing home in the arms of a kind nurse (Olivia Williams), where he compares himself to a tree with falling leaves is so poetic and Shakespearean.

And yet, that is this rapidly-fading patriarch’s reality.

Imagine King Lear sobbing for Cordelia, who is not dead. Only gone to another country.

But he might soon be gone too. And not to another country.

Yes, Sir Anthony, you have earned this Oscar. 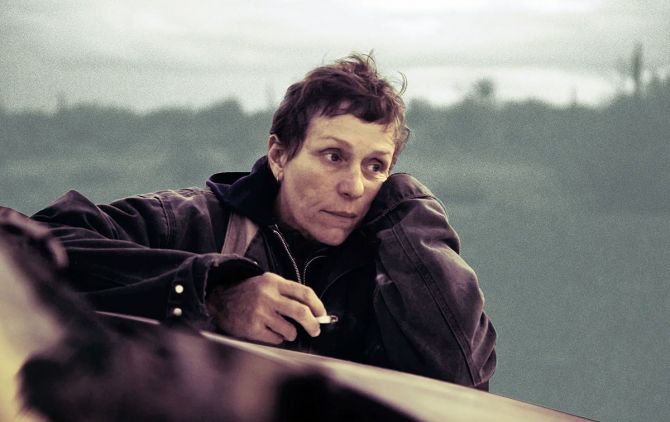 It is not easy to watch this film about an aging woman travelling down that road of life which has no end.

It is very difficult to not fall in love with this austerely beautiful drama of desolation, disrepair and despair.

Writer-Director Chloe Zao’s earlier films Songs My Brothers Taught Me and The Rider are masterly studies of loneliness but nothing prepares us for Nomadland.

Its masterly melancholic meditation on desolation is strangely uplifting.

Most of the film’s running time goes into celebrating mortality, as Fern, lately widowed, leaves everything behind in her sparse life to travel across the western deserts of America in a van that has seen better days. So, we hope, has Fern.

But this is not your conventional road movie, and to consider it as one would be doing this great work of art a disservice.

The film’s visual and emotional resplendence is hard to pin down, let alone describe.

This is a film meant for the big screen.

Tiny specks of emotion, scarcely visible to the naked eye, light up frame after frame.

Joshua James Richards’ cinematography is like fleeting glances of Nature from a rapidly moving train. Ephemeral yet solidly tangible.

There is an aura of imminent tragedy surrounding the protagonist. Thanks to Frances McDormand’s exceptional performance, her character Fern is not just a ‘Character’.

She laughs, sulks and excretes without camera consciousness.

She is with me even as I write this.

She is someone who would probably not like it if I knocked on her rickety van to say hello.

She is a true nomad.

Fern’s conversations with fellow-nomads, men and women who are travelling aimlessly because they have little time left and there is a long road to travel, are so direct, so blunt and mordant, they are like expositions on existentialism simplified for the common man and woman. No quibbles with any of the major Oscars this year except the Best International Film going to Thomas Vinterberg’s Another Round.

Much as I admire the film’s electric aura and kinetic intoxicated and intoxicating performance by Mads Mikkelsen, its central plot premise — that one is likely to be at the acme of one’s capabilities when under the influence — is not what I’d call a great message to carry home, especially when most people are at home and prone to surrendering to the bottle.

My friend Hansal Mehta, who is isolated with the coronavirus, saw the film a few nights ago and immediately whisked out a bottle of whiskey.

Being from Nitish Kumar’s dryland, I reject Another Round as a worthy cinema of our times.

My favourite by far in the international category was the Bosnian Quo Vadis, Aida? , a searing haunting anti-war drama directed by Jasmila Žbanić.

To not honour this film was as big a transgression as the war crimes the film so vividly chronicles. 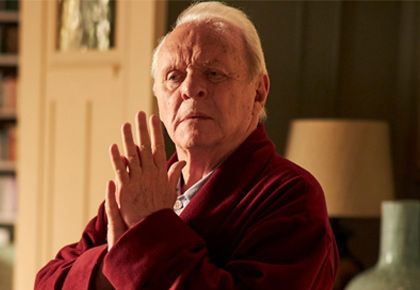