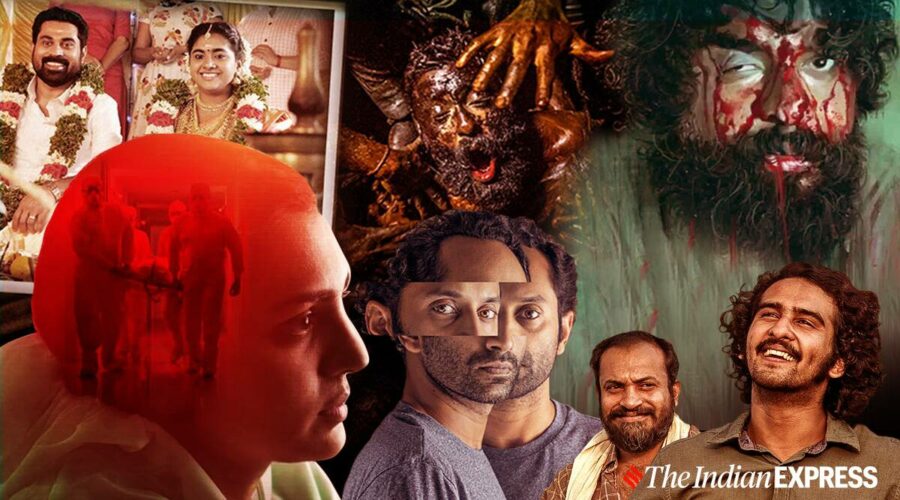 What helped Malayalam cinema capture the pandemic so efficiently? The fact that it is a small-scale, self-sufficient economy, which has always made rooted and plausible cinema that captures the zeitgeist. Even as India stayed home during the pandemic, Malayalam films travelled across the country, and the globe. What started as a trickle in years before Covid-19 became a deluge on the back of slick subtitling, faster internet speed and multiple streaming services. People who had not even heard of cinema from Kerala a few years back now crown it as the most forward thinking and rooted industry in the country. The ‘newgen cinema’ took aficionados by storm. While elsewhere film industries were busy building up superstars, Malayalam cinema served ordinary human stories that cinema has often relegated to edges. As we celebrate the new champions of the films, not many know that its foundations were laid decades ago.

The Malayalam film industry has a self-sufficient economy. Historically, the filmmakers there made movies for the native audience and Malayali diaspora. They remained unburdened by the responsibility to make narrative compromises to suit the taste of a wider audience in other parts of the country.

The self-reliant nature of the industry emboldened the filmmakers, freed them from pressure to follow the narrow definition of mainstream entertainment. While their counterparts in other states were making films that pandered to the masses, the Malayalam filmmakers picked the subjects that piqued their fancy.

What the Malayalam movies lacked in terms of scale and budget, they made up for in their sheer passion for cinema, artistic integrity and grit to explore different hues of the human condition. “We all grew up watching the movies made by the masters from the 50s to the late 80s, even early 90s. It was truly the Golden Age of Malayalam cinema. We had such a phenomenal run. We had such phenomenal filmmakers putting out great movies on a regular basis,” said filmmaker Bejoy Nambiar.

KG George, Padmarajan, Bharathan and IV Sasi are considered among the champions of new school of filmmaking in Malayalam cinema. “Those days the visibility of Malayalam movies was very less. And the films they produced or made couldn’t reach the pan Indian audience. It was limited to Kerala. Films like Rajavinte Makan (1986), Panchavadi Palam (1984), Peruvazhiyambalam (1979), Arappatta Kettiya Gramathil (1986) are very much relevant even today,” said filmmaker Mahesh Narayanan. He believes that the current crop of Malayalam filmmakers has not achieved the kind of proficiency and consistency demonstrated by the old masters yet. “There were some daring producers back in the day. They were only interested in making good movies, without worrying about their fate at the box office. Of course, these producers wanted their films to make money. But, they gave importance to improving the creative elements of a movie as opposed to stressing more on the commercial aspects of it,” Mahesh added.

The Malayalam film industry has a long history of making unique movies. At one point, it became an oasis for passionate actors and technicians from other languages to quench their artistic thirst in a desert of money-minded, market-driven content creators, who were making films to match the flavour of the season.

Kamal Haasan, for example, a confirmed polymath, was not born with his remarkable artistic sensibilities, hunger to innovate and experiment with cinema. The independent spirit, courage to swim against the tide, discipline and great appetite for cinematic exploration of human nature were hardwired into him by his long and fruitful collaboration with Malayalam filmmakers.

Kamal was once so fed up with the kind of movies that were made in the Tamil film industry that he contemplated quitting cinema. “I used to complain to Ananthu sir: I wanted to be a technician but he (K Balachander) made me an actor. I don’t know what to do now. Should I kill myself?” Kamal had recalled earlier during a conversation with Vijay Sethupathi. Kamal’s nostalgia gives us an idea of the artistic void that he suffered during the early days of his career. “Other than Balachander, nobody was doing unique films. I didn’t come to movies to make money. That’s when Ananthu sir asked me to do more Malayalam films,” Kamal had further recalled.

If you had any misapprehension that Malayalam cinema only began to produce tasteful, unique, bold and humane movies since the arrival of Fahadh Faasil, you couldn’t be more wrong. But, you are not entirely to blame for such an impression of the industry. The industry hit a rut in the 90s in its aim to make Malayalam cinema more appealing commercially amid growing competition from television. “At the time, a lot of slapstick films were coming out and then there was the soft-porn era. The advent of television changed a lot of things. Entertainment was defined by television as something that makes one laugh. That was wrong. So every filmmaker was trying to do comedy,” recalled Mahesh.

It was a period of trial and error for the Malayalam filmmakers and actors as they were trying to adapt to the fast-changing face of entertainment. Actors like Mohanlal and Mammootty, who made successful careers playing relatable characters, gravitated towards making more and more over-the-top, deeply formulaic, commercial potboilers. It was the time when one couldn’t tell Malayalam cinema apart from, say, Tamil or Telugu.

At the beginning of 2010, the Malayalam film industry had a renaissance of sorts. The arrival of new-age filmmakers such Aashiqu Abu, Lijo Jose Pellissery, Jeethu Joseph, Rajesh Pillai and Dileesh Pothan pumped in much-needed fresh blood in the veins of Malayalam cinema. Thus began, what is now being celebrated as the “new wave of Malayalam cinema.” Or to quote Bejoy, “We did go through a lull but we came back with vengeance.” Malayalam cinema began to redefine the meaning of mainstream entertainment with each film. The advent of the streaming platforms further expanded the reach, cutting across language barriers with the help of sensibly crafted subtitles. And the pandemic only hastened the growing popularity of the industry in the country.

While filmmakers in other languages were struggling to make sense of the chaos ushered in by Covid-19 and how to adapt to the age of streaming platforms, the Malayalam filmmakers continued to deliver top-notch quality movies. These filmmakers turned the pandemic restrictions to their advantage.

Movies like The Great Indian Kitchen, C U Soon, Joji, Kala, Drishyam 2 and Kuruthi effectively tapped into our sense of imprisonment caused by the blanket lockdown. Used to frugal resources and working on shoestring budgets, the filmmakers used coronavirus like an opportunity and absorbed it as a narrative device.

“The turnaround time is much faster. As an industry, we are very small. We don’t have money, kind of like Hindi cinema does. That’s why our ability or victory lies in using that money smartly, turning things around quickly and bringing out the products as soon as we can,” said Supriya Menon, producer of Kuruthi.

Will the skyrocketing awareness among the people across the country translate into a wider reach for Malayalam cinema at the box office? “It is too early to say. The theatre itself is going through a radical change. We have to wait and see how it pans out first. But, this is the time of cultivation. We are cultivating an audience right now. People who never used to watch Malayalam films have started regularly watching them. That will translate to something for sure but I can’t talk about what kind of success it will see in the future,” said Bejoy.

The Malayalam cinema’s success lies in marrying commercial elements with contemporary storytelling. Instead of offering an escapist haven, the cinema pushed us to face the caste oppression, urban loneliness, sexual inequality, gender violence and economic struggles. The cinema was rooted in everyday struggles that were presented with its typical dark humour and claustrophobic spaces. Its protagonists are no heroes, they are damaged and trouble people trying to find their place in the sun.

It is not an exaggeration to say that the outbreak of the coronavirus pandemic in 2020 changed the course of human history. It changed all of us in many ways. It changed how we work, how we interact with others, how we travel. It has also accelerated a change in the way we consume entertainment and even our taste in cinema. And none benefited more from the fast-changing face of entertainment than the Malayalam film industry.