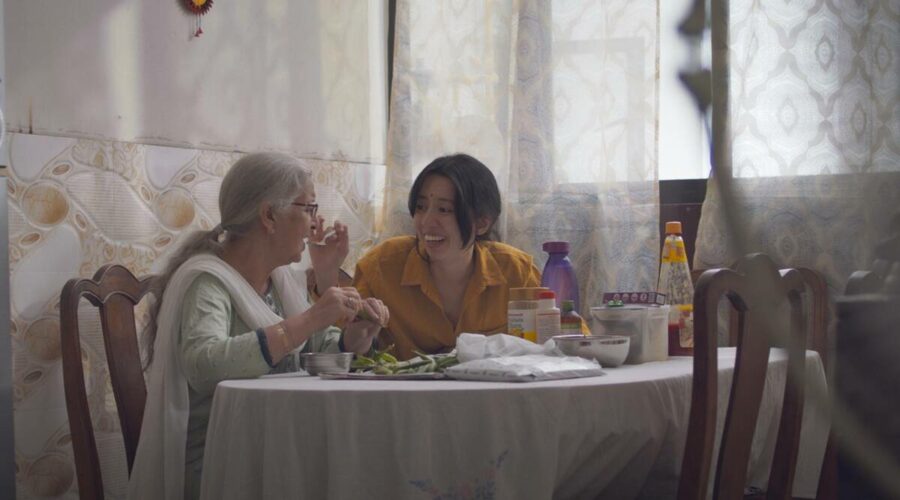 If the pandemic/lockdown made us socially distant, turned us into deep-throated Amitabh Bachchans waxing eloquent about main aur meri tanhayi (us conversing with our solitude), the force majeure made us yearn more for human/social connections. Pandemic aside, even when we lose/miss an absent loved one, can a stranger fill in that role?

Can they address/absorb our repressed emotions, provide us with closure? Amrita Bagchi’s futuristic Succulent, which picked up the Audience Award for Best First Film at the recently concluded 10th Dharamshala International Film Festival, is our rendezvous with a dystopian reality/future. Set to a balmy background score by Ishaan Divecha (Udta Punjab, Qarib Qarib Single, Paatal Lok), Bagchi’s short film is inconspicuously unsettling.

While Bagchi wrote the film in 2018, before Werner Herzog released his Family Romance, LLC in 2019, both are in the same vein — the former a future possibility in India, the latter a current reality in Japan. Both feature an agency which sends out people for rental family service, to fill in the gaps in people’s lives. Neither Herzog’s Yuichi Ishii, who becomes a fake father/friend, nor Bagchi’s young woman M (Merenla Imsong) have access to, or are allowed, human attachments. Being a rental person, perhaps, helps them, too, to fill the void in their lives (M’s family denies her family time).

M’s company, Complete Companions Inc., a cubicle (in Ghaziabad), like a defunct spaceship out of a sci-fi movie, throws out shock absorbers into the orbit. For a fee, of course. M is given training material (PDFs, clothes, pen drives) to become a said person she’s to replace: a Kannadiga Brahmin sister, a Jain daughter, a granddaughter. The nameless M plays along, crosses the line (eats chicken pizza in a Jain household), and pushes back. At times, it works like a house on fire; at times, it backfires. 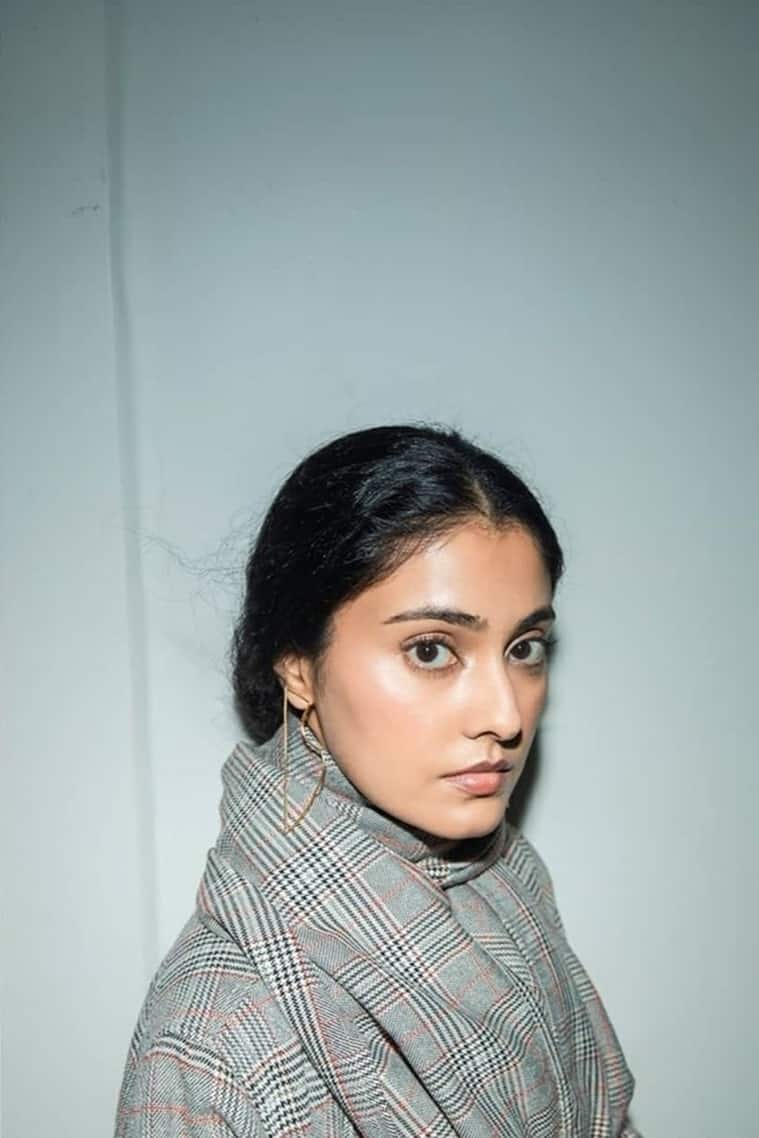 M has for companion green friends, the only life she’s genuinely attached to. Imsong, in real life, has even named her 42 houseplants. M is the succulent who’ll survive in any condition, nurture the soil she grows in, even prick her clients into senses. Like Aditi Iyengar — not accepting the Northeasterner M as her younger sister Smita, as being aware of their Kannadiga Brahmin customs and vocabulary — who projects her repressed anger and bitterness, from Smita’s untimely death by drunk-driving and her inability to protect her, onto M. There’s power dynamics at play, Aditi can humiliate M, she’s paid for her services, but more pointedly, how could the impersonator enjoy while she’s hurting.

Bagchi, 35, a Santiniketan (fine arts) and National Institute of Design, Ahmedabad, graduate (graphics), has designed sets for plays (Motley theatre group, etc), does clowning work for children (Clowns Without Borders), does commissioned writing. She’s dabbled in acting: theatre (Manav Kaul’s Colourblind), films (The Music Teacher, 2019), TV/web shows (Mrinal ki Chitthi in Stories of Rabindranath Tagore; Hasmukh; City of Dreams). She wanted to make a play about loneliness and family rental, a man and a dog — a metaphor that surfaces in the film. The written script, however, was morphed into a multilingual film. 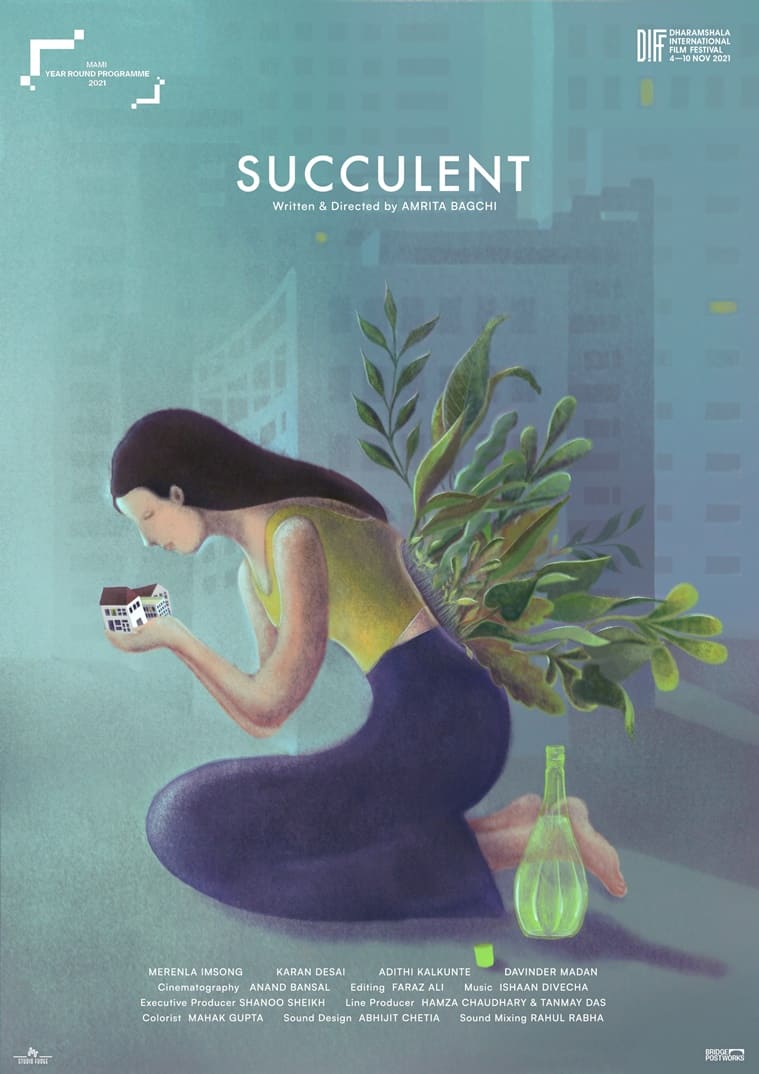 “At that time, my 82-year-old widowed grandmother was staying alone in a small town (Serampore), near Calcutta, very far away from us (in Mumbai). I felt like I wish there was somebody like me with her. So that’s where it came from,” she says. The Kolkata Police and a non-profit has this year started a programme called Pronam, where they, through young volunteers, conduct security audits and needs assessment (medicines, etc) of elderly people/couples living alone.

Bagchi was astounded when Imsong informed her about Japan’s rent-a-family industry, and read about it in The New Yorker. What struck her, however, is that in India, futurism is very different. “There are going to be caste issues, complexion issues, geographical issues. And people will have 20 other problems, because no matter how united we may be, there are many things that have the potential to divide us,” says Bagchi. She lost her mother two months after this, and a couple of days before shooting for Faraz Ali’s debut feature Shoebox, which also screened at the 10th DIFF. Bagchi plays the lead in that film, about a city’s transformation, erosion of the familiar, and a difficult father-daughter relationship. Bagchi designed the Succulent poster and brought on board part of her Shoebox crew, executive producer Shanoo Sheikh, and Ali as the editor, among others. The theme of personal loss, too, connects the two works. Three months later, Bagchi lost her grandmother, as well.

Plants enter the narrative, then. “It is a form of attachment. We ask helpers/neighbours, allow strangers to enter our homes, to water the plants in our absence. My grandmother cared for her tulsi plant, this plant and that plant, all the time. I felt it was a good way to show personal attachment without bringing in more human beings into the picture,” says Bagchi.

Visual representation of futuristic, dystopian things/reality (sci-fi films, for instance) is almost always devoid of any greenery, she says, “I don’t agree that in the future, there’ll be people but no plants. There’ll be one dusty little leaf going somewhere. That’s just life. It was important, for me, to put it in the film,” says the director.

Replacement/capitalising loneliness is not a solution, she says. Whether it’s Facebook/Instagram likes or dating sites/apps, “we keep running after these shortcuts to happiness, for one spike of serotonin, oxytocin in our brain”. These apps, for instance, don’t work as well in Tier-II or III cities as they do in the metros, because of roadblocks: caste, parental approval, food habits. “We have so many issues, which leads to so much loneliness, and then we look for very urban solutions to a very traditional past,” she says. She speaks of cycles of emotions, like cycles of seasons, which “one has to go through, it’ll be painful. Grief is very unpredictable, and when unaddressed, turns into anger/bitterness (like Aditi’s). Ask for help, but move on. There’s a saying, when you lose a limb, you learn to dance with a limp.”

11/19/2021 TV & Movies Comments Off on 10th DIFF: Audience Award for Best First Film winner, Amrita Bagchi’s Succulent shows how rent-a-family may look like in India in the future
India