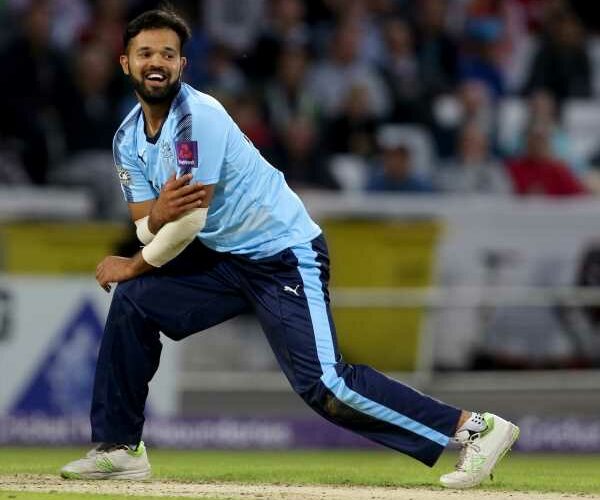 Yorkshire have apologised to former player Azeem Rafiq and accepted that he was a victim of racial harassment and bullying during his first spell at the county, the club said on Friday.

Rafiq, a player of Pakistani descent and a former captain of the England Under-19s, last year said he was made to feel like an outsider at Yorkshire and contemplated taking his own life.

Yorkshire launched an investigation with an independent panel in September to look into the allegations, and a summary of the findings and recommendations was published on Friday.

“There is no question that Azeem Rafiq, during his first spell as a player at YCCC (Yorkshire County Cricket Club), was the victim of racial harassment. He was also subsequently the victim of bullying,” chairman Roger Hutton said in a statement.

“On behalf of all at YCCC, I wish to extend my sincere, profound and unreserved apologies to Azeem and to his family.”

However, the report found there was insufficient evidence to conclude that the club was institutionally racist.

The 30-year-old slammed the “atrocious way” the process was handled as he did not receive a copy of the report with the club’s conclusions and only saw the statement a “couple of minutes” before it was released to the media.

“We note that Yorkshire County Cricket Club has confirmed Azeem was the victim of racism and bullying during his two spells at Headingley,” Rafiq’s spokesperson said in a statement.

“Azeem and his team are not in a position to properly understand the club’s conclusions and how they reached them… this is clearly unacceptable and an abuse of process.

“What is clear is that Yorkshire CCC admits racism and bullying has taken place on many occasions, yet won’t accept the obvious — that this is an institutional problem.”

Yorkshire said seven of Rafiq’s more than 40 allegations were upheld, including that he was not provided with halal food at matches, something which has now been rectified.

During Rafiq’s second spell, jokes around religion were made and a reference to the player’s weight and fitness was made, the report said.

The club said it should have done more to make Muslims feel more welcome and dealt better with complaints of racist or anti-social behaviour.

But the report added that decisions over Rafiq’s selection and ultimate release from Yorkshire were entirely based on cricketing reasons.

“It is a matter of sincere regret that the good work of so many people at the club – both with Azeem and in our efforts to build an inclusive and welcoming cricket club representing the best of all of Yorkshire – is at risk of being overshadowed by the behaviour and remarks of a few people,” Hutton said.