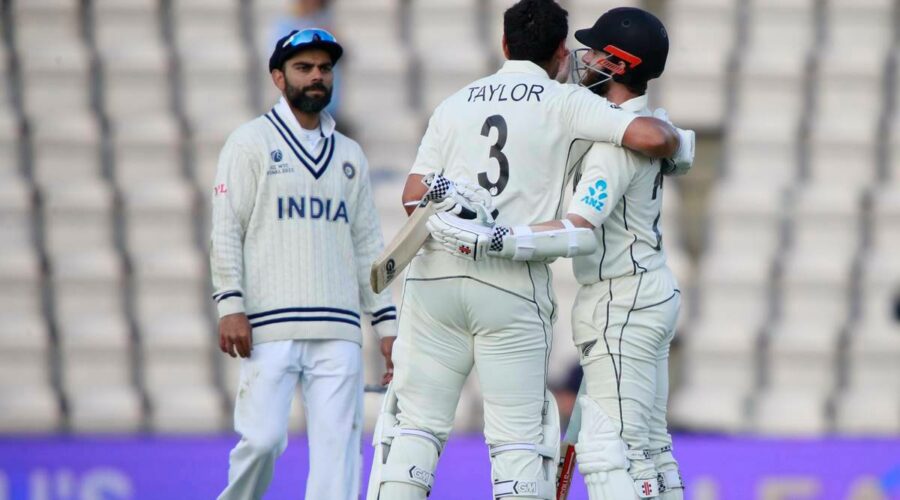 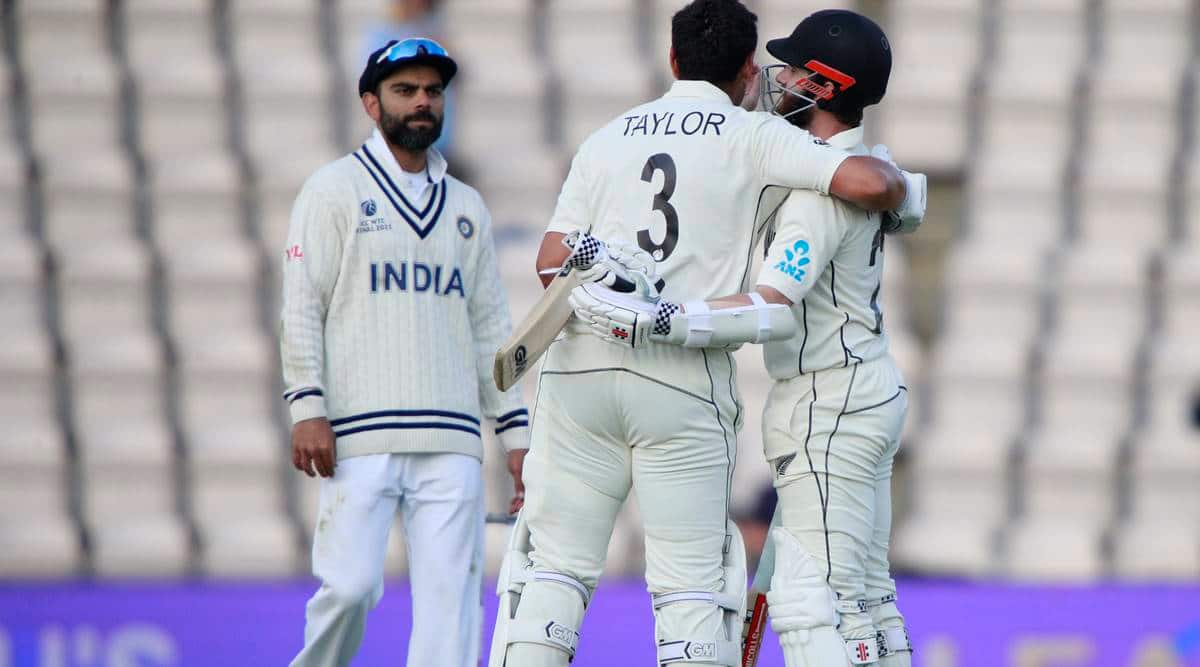 A tenacious New Zealand lifted the inaugural World Test Championship title with a comfortable eight-wicket win over India on the sixth and final day of the marquee final on Wednesday.

It is first major ICC trophy for the Black Caps, who had ended runners-up at the 2019 ODI World Cup after losing the final to hosts England on boundary count. They had also lost the 2015 World Cup final to Australia.

The seasoned pair of skipper Kane Williamson (52) and Ross Taylor (47) took New Zealand past the finish line with their unbeaten 96-run partnership as they overhauled the 139-run target without much fuss.

A target of 139 wasn’t going to be difficult and Williamson (52 not out), after a brilliant match as captain, played sublime drives in a short chase on a balmy reserve day which was used to compensate for two days of cricket being lost to rain.

There was the trademark serene smile on his face which widened following a hug from his mate Ross Taylor (47 not out) in a very low-key celebration for a team that is high-profile in its own right.

Here are all the reactions after the match-

Earlier, India’s batsmen failed to dazzle on the day when it mattered most as New Zealand’s canny operators and their classy skipper Kane Williamson deservingly walked away with the inaugural World Test Championship title.