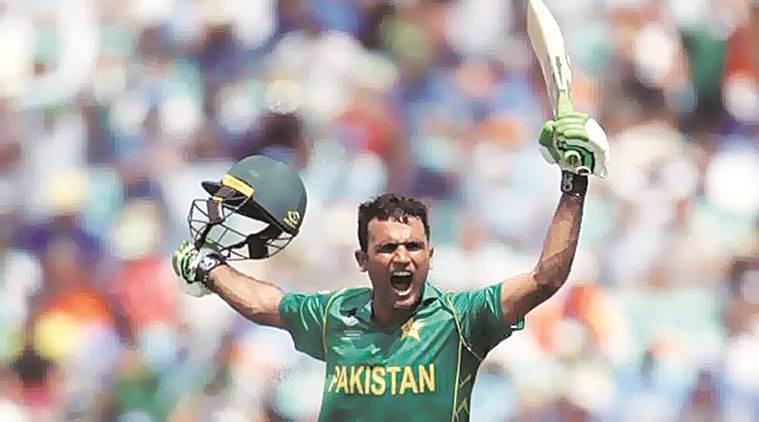 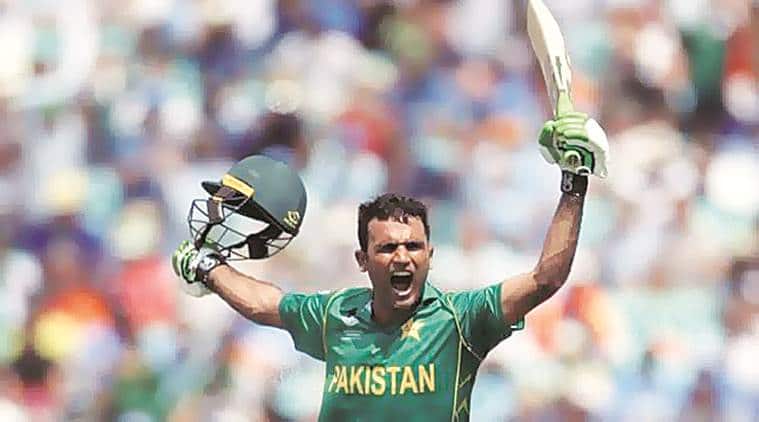 Hope the Windies new ball bowlers have watched enough videos of Pakistan opener Fakhar Zaman. Or on second thoughts, it wouldn’t really help. Actually, it’s advisable to go unprepared when taking on the ‘see-ball, pull-ball’ ex-Navyman from Mardan, North-West Frontier Province. A novice analyst will vouch that the best plan to get Zaman is to bowl him short. A sly professional will not agree. The amateurish conclusion to bowl short is based on several match videos where the Pakistan opener is either mistiming a pull shot over the keeper’s head or getting hit on the head. Remember the last Champions Trophy final and Jasprit Bumrah’s attempt to bounce out Zaman? This he did after he had got him with a length ball — unfortunately for Bumrah that also turned out to be most talked-about no-ball in the history of Indo-Pak cricket. Bhuvneshwar Kumar too aimed at Zaman’s head. He even hit the target. That actually proved to be the turning point for Zaman. Thereafter, he became a man possessed and went on to score a hundred. Since that day, the Pakistan dressing room wait for their opener to get hit on the head. It has happened several times. Miraculously, Zaman, each time after a blow, has come out attacking. The modest man from rural Pakistan is aware of it. He is a laugh riot, his self-deprecatory humor is the life of all crickdet addas. Just before coming to the World Cup, in a no-teammate-spared interview, he said, “Main toh try karta hun ki pehle hi do teen over mein ball kha lu (I try to get hit in the first two-three overs).” In the video, he tells his skipper Sarfraz Ahmed in all seriousness: “I want a bullet-proof helmet.” He isn’t finished and keeps chipping away. “I tell the better players of the short ball in my team, ‘you guys hit the ball perfectly to square and get out caught. I edge my pull shot over the wicket-keeper and get a six.’” Recently during Pakistan’s tour of South Africa, their chief selector, Inzamam ul Haq, landed at the nets and saw Zaman swinging his bat like Zorro. Finally, Zaman found his match. Sarfraz relays Inzi’s sardonic wit. “Isko agar maine pehle net mein dekha hota to kabhi team mein nahi leta. (If I had seen him in the nets earlier, I’d have never picked him.)” 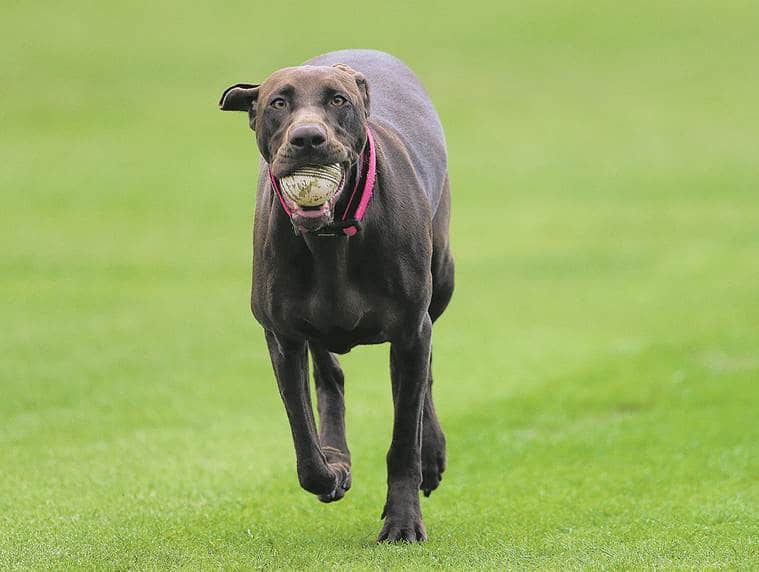 A dog had a field day at the Ageas Bowl in Southampton where India were conducting a training session on Thursday. India take on South Africa in their opening match here on Wednesday.

They’re everyone’s newest favourites with Gayle (and his stylish beanie) back in the fray and Shai Hope not shying away from title hopes and the mammoth 400 in the warm-up. But talk of the heavyweights left behind and captain Jason Holder’s new-found un-niceness is following West Indies surreptitiously should they falter. While the crib over omission of 38-year-old ‘Icon’ Marlon Samuels, their big-match winner in previous T20 title campaigns and through the qualifiers, has faded off, Dwayne Bravo — who had retired last October, then reconsidered as the 50-over Cup approached, has kept the pot stirring. The Trinidad and Tobago all-rounder, who’s not played since 2014 but was named in a reserve list, spoke to I-95.5 radio, and sulked that Holder had told him it’d be unfair on others who’d been playing consistently if he were to be considered. It was a half-hearted sulk though. If his Instagram account is any indication, DJ Bravo had happily traded his maroons for shiny, red, leather pants sitting on an equally red Big Easy chair in a Manhattan studio, recording some music. He’s made enough noise though, before the lounge-version — the T20 World Cup. Ha.

Sub-continent cricketers, traditionally, call on their country’s premier before flying out for important cricket tours. These are mostly photo-ops – selfies for players, optics for politicians. In Pakistan this time things were different. When the PM happens to be the country’s only World Cup winning captain, the visit to PMO isn’t just for an instagram update. You go there and listen. Even if the talk is an hour long, you dare not yawn or switch off. Imran Khan, the Pakistani media said, gave an inspiring speech that triggered a collective bout of goose pimples among the young cricketers. Also present was the national selector Inzamam ul Haq. And as is the case with all closed door meetings, this one too had a squealing source. Thanks to the gracious info-sharer, word reached the media about Imran’s one-on-one with Haq after the boys had left. Reports said Imran blasted his one-time blue-eyed boy for not including pacer Mohammad Amir. Within days, Amir was included in the updated squad. What are the chances Haq would have questioned Imran’s decision. Who picked the Haq for the 1992 World Cup squad despite the selectors’ reluctance? Who persisted with Haq for the semi-final against New Zealand despite Javed Miandad’s stance of dropping the out-of-form batsman? Answer: Imran Khan. You don’t question King Khan when it comes to picking a team for the World Cup.

Holder can’t dance
West Indies skipper Jason Holder is one of the finest all-rounders on the circuit at the moment. The 6-ft-8 bowler often makes batsmen dance on the crease with his steaming bouncers, but when it comes to shaking a leg himself, he isn’t the best. Well, that’s what Chris Gayle believes. In a short quirky interview with the ICC, he shared: “The worst dancer I chose, maybe Jason Holder the captain,” He also deadpanned how the whole squad stays glued to their phones when they are off the ground and made it clear he would rather not share a room with Hetmyer, for reasons he best knows. This Bossman dances to noone’s tunes, not even the captain’s.

West Indies’ massive 421 first innings score against New Zealand didn’t go unnoticed by netizens. Several memes were uploaded on the social media, mainly targeting the Pakistan skipper Sarfraz Ahmed whose side opens their campaign against the Caribbeans. One meme shows Sarfaraz’s face photoshoped onto a film character with the caption, “Airport kidhar hai? “. Another meme shows a tormented Sarfaraz with the caption reading, “A picture is worth a thousand words.”

The latest trend on social media has gripped the Pakistan lineup. Bowler Hasan Ali has become a regular on the Tik Tok program, and with it, the rest of his teammates. Often the 24-year-old uploads a scripted video of himself lip-syncing numbers by Diljit Dosanjh, or even ropes in a few compatriots for the ‘Apna time ayega’ track. Back in the days of the old ‘Dubsmash,’ it was the veteran Shoaib Malik who had taken charge. But now it’s the younger guns who are taking charge both on and off the, well, mobile phone.