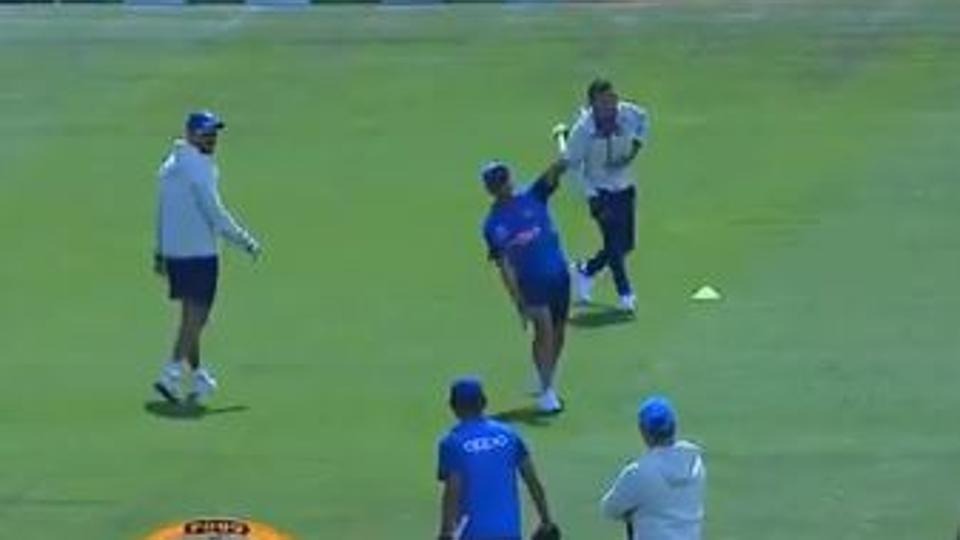 While the ICC World Cup got underway on Thursday with a match between England and South Africa in London, Team India were busy preparing themselves for their opening game against the Proteas, which is still 6 days away.

Virat Kohli and his team registered an easy win in their second warm-up match against Bangladesh and are now busy getting in top shape for their opener. In a video shared by the BCCI on its Twitter handle, the Indian squad is seen taking part in a new fielding drill.

Fielding coach R Sridhar shed more light on what exactly was going on. “We had a very interesting fielding session today. The theme of the session was direct hits,” Sridhar said.

“Focus was on the boys to hit the (wickets) non-striker’s end and initially we started with the drill called round the clock where we have 6 different fielding positions and they had to hit the stumps 20 times.”

The session also included some inputs from the coach on the technical aspect behind getting direct hits.

“After that drill we came back to a technical session where I had the opportunity to explain to the boys the importance of having a good arm path to give yourself a good chance of hitting the stumps. After they understood the importance of the arm path we had a little game where the players had to hit the stumps,” the fielding coach added.

“Those who didn’t hit the stumps would have to come back again and again and finally we had only one person who couldn’t get a direct hit…the boys were rolling on the floor laughing and it was a lot of fun. But the main thing was to give some technical knowledge about direct hits,” Sridhar signed off.