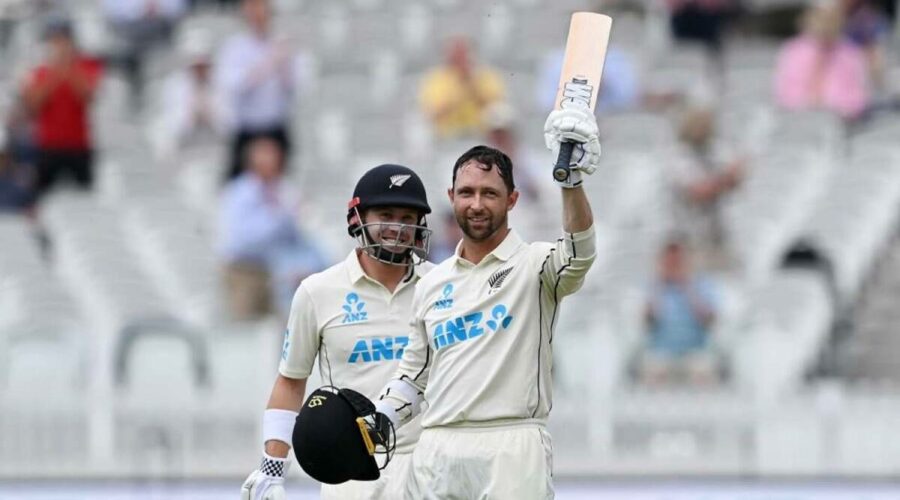 Devon Conway, who is also a left-handed batsman, remained unbeaten 136 as New Zealand finished the first day at a solid 246 for three. New Zealand batsman Devon Conway has broken former India captain Sourav Ganguly’s 25-year-old record of registering the highest Test score on debut at Lord’s when he went past the stylish southpaw’s 131 during the first Test against England.

Conway, who is also a left-handed batsman, remained unbeaten 136 as New Zealand finished the first day at a solid 246 for three.

With his opening day exploits, the South African-born 29-year-old became the sixth cricketer to hit a hundred on debut at the iconic venue.

Ganguly, who is now the BCCI president, had scored 131 on his Test debut at what is referred to as the Mecca of cricket in 1996.

Interestingly, both Conway and Ganguly share their birthday — July 8 — but are separated by nearly 20 years in age.

Speaking to Sky Sports at the end of the day”s play, Conway said, “I’ll have some time to let that settle in. The job’s not done but I’m very happy.

“I had a conversation with (skipper) Kane (Williamson) a couple of days ago and asked him what it feels like to go on that honours board; the first thing he said to me was: now you’re on it, boy.”

With his century, Conway became only the third non-English batsman to score a century on Test debut at Lord’s.

Australian batsman Harry Graham had scored 107 against England on his Test debut in 1893.

Debutant Conway reached the three-figure mark in style, smashing fast-medium bowler Ollie Robinson for a six in the 61st over of the innings.

Conway struck 16 fours and faced 240 balls during his stay in the middle.