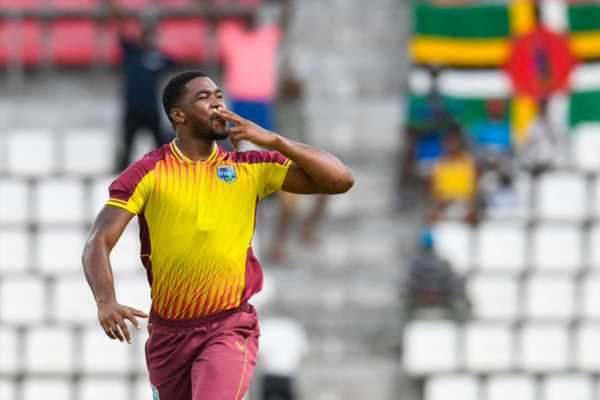 ‘It has been a tough summer for us. We lost a few close games and nearly made a mess of this as well.’

A destructive spell from left-arm pacer Obed McCoy (6 for 17) and a superb half-century from Brandon King (68) powered the West Indies to a five-wicket victory over India in the second T20I of five-match series in St Kitts on Monday.

“I can finally breathe now. It has been a tough summer for us. We lost a few close games and nearly made a mess of this as well.

“Obed was fantastic and all the guys just used the pitch and the conditions well. A win is a win.

“I believe, in T20, better batsmen have to bat long. Myself, (Shimron) Hetmyer can take more responsibility. (Brandon) King should have won the game for us with the way he was batting; hopefully, he will learn from this.”

He acknowledged the contributions of Devon Thomas, who scored 31 off 19 balls, including a four and two sixes and McCoy.

“Thomas returned back for us after injury and came out trumps on his home ground. Obed is a bit of a freak and today he was just fantastic. He just kept picking up wickets for us. He said he would bowl full and straight on the stumps to Dinesh Karthik and it worked.

“Lovely to have him in the team and have that left-arm action for us.”
The five-match T20I series between the West Indies and India is currently level at 1-1.

The West Indies came up with a strong performance in the second T20I, dismissing the Men in Blue for just 138, which was built around good knocks from Hardik Pandya (31), Ravindra Jadeja (27) and Rishabh Pant (24).

Man of the Match McCoy ran through India’s batting, finishing with superb figures of 6 for 17.