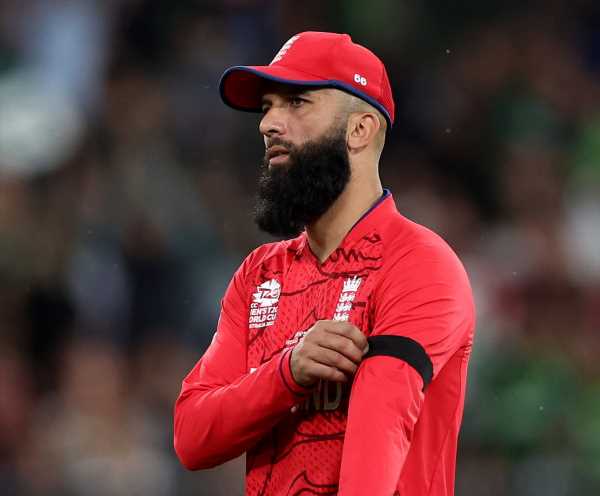 In the blockbuster final against Pakistan, England players wore black armbands, paying homage to David English, who was known as ‘God of English Cricket’.

English passed away after a heart attack on Saturday. ‘So sad to hear the news of David English passing away. One of life’s great characters, so fun to spend time with and producer of some of the best English cricketers through his wonderful Bunbury Festivals. RIP’, England Captain Jos Buttler tweeted ahead of the game. 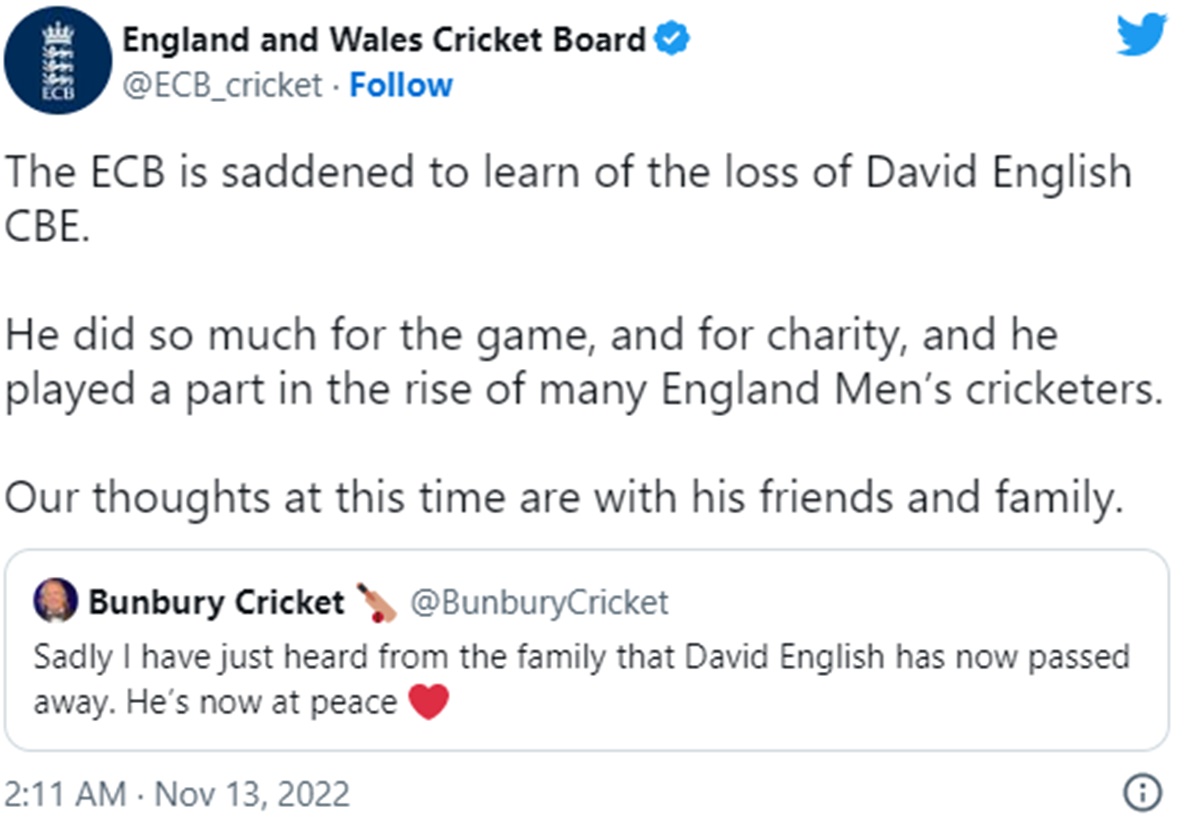 The England and Wales Cricket Board tweeted: ‘The ECB is saddened to learn of the loss of David English CBE. He did so much for the game, and for charity, and he played a part in the rise of many England men’s cricketers. Our thoughts at this time are with his friends and family.’

Nasser Hussain, commenting during the game, noted that many cricketers on the MCG likely got a leg up playing at English’s Bunbury festivals.

English was a man of many talents — he was part of the ground staff at Lords, played cricket for the MCC, before being hired as a journalist at the Daily Mail, then taking a job at Decca Records as publicist, handling publicity, according to Wikipedia, for the Rolling Stones and singer Tom Jones.

As president of RSO Records, he signed the Bee Gees and Eric Clapton. He also acted in Richard Attenborough’s war epic A Bridge Too Far about Operation Market Garden and Ken Russell’s musical Lisztomania, which featured The Who’s Roger Daltrey as composer Franz List.