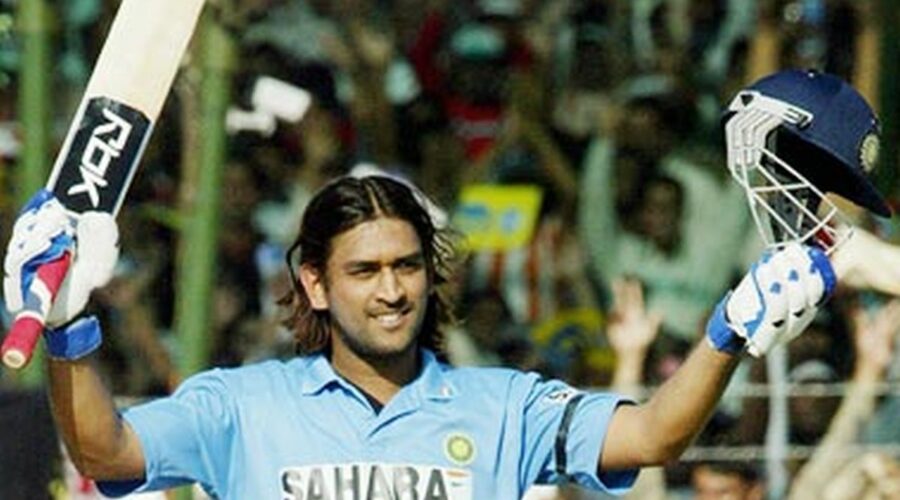 Mahendra Singh Dhoni registered his first century in international cricket on April 5, 2005 during the second ODI against Pakistan at the Dr Y S Rajasekhara Reddy ACA-VDCA cricket stadium in Visakhapatnam.

India won the toss and opted to bat first, but lost Sachin Tendulkar in the fourth over of the innings, bringing Dhoni to the middle.

the long-haired Dhoni and Virender Sehwag hammered the Pakistan bowlers to put on a 96-run stand.

Sehwag (74) was sent back to the pavilion in the 14th over, but Dhoni kept going, this time he found an able ally in Rahul Dravid and the duo posted a 149-run stand.

India then defended the total as they bundled out Pakistan for 298 — Ashish Nehra scalped four wickets.

He eventually called time on his international career on August 15, 2020.