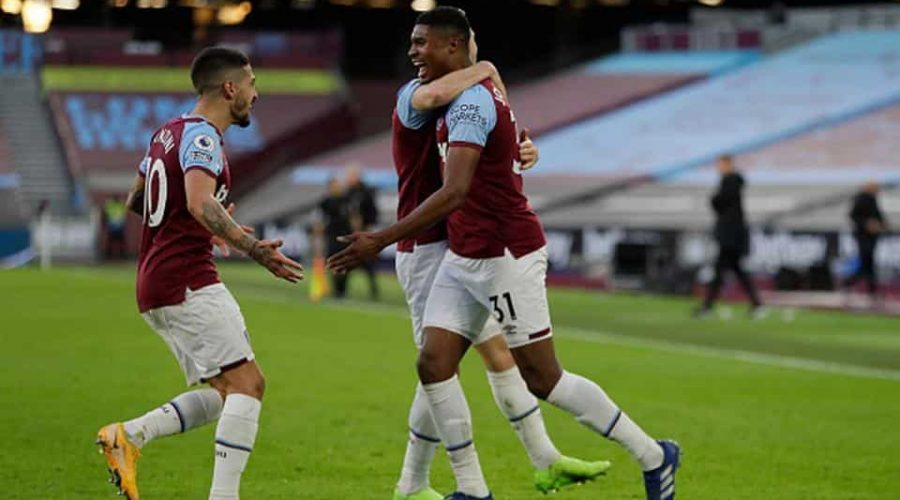 Ben Johnson and Tomas Soucek scored second-half goals as West Ham United twice came back from a goal down to earn a 2-2 draw at home to Brighton and Hove Albion in the Premier League on Sunday.

Brighton created the early chances at London Stadium and deservedly took the lead just before halftime when striker Neal Maupay pounced on a loose ball in the box to score his first goal since October.

After West Ham failed to record a single attempt on target in the first half, manager David Moyes introduced attacking midfielder Manuel Lanzini and forward Andriy Yarmolenko at the interval. The attacking duo were instrumental in the build-up to West Ham’s equaliser on the hour mark, with wing back Johnson finding the net from close range to mark his first goal for the club.

Centre back Lewis Dunk thought he had won the game for Brighton in the 70th minute when he smashed in his first goal of the season from a quickly taken corner. But Czech midfielder Soucek came up with his third goal of the month for West Ham when he was left unmarked at a corner and powered home a header with eight minutes left on the clock.

Graham Potter’s Brighton had to settle for a fifth draw in their last eight games in the competition. They are in 16th place on 13 points, two points above the relegation zone.

“It is disappointing not to take three points, I felt it was there for us,” Potter said. “We didn’t defend the corner well for the second goal, and those details punish you at this level. We didn’t do much wrong. We could have managed the game better. We need to keep working to get three points.”

West Ham, who next travel to Southampton on Tuesday, stay 10th in the table and edge up to 22 points from their 15 games.