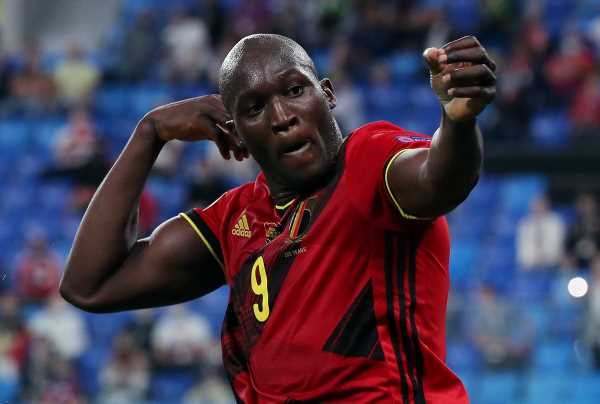 Belgium’s record goalscorer Romelu Lukaku trained apart from the squad on Sunday as uncertainty over his fitness continued to cast a shadow over the team’s World Cup campaign.

Lukaku, 29, has made two substitute appearances in the last four months at club level as he struggles with a hamstring injury and is unlikely to be ready for Belgium’s opening Group F clashes against Canada on Wednesday and Morocco, officials told a news conference on Sunday.

His situation is being evaluated on a daily basis, and the objective is to have him available for the last group game against Croatia on December 1.

Lukaku is a key part of a Belgian side hoping to live up to their lofty FIFA ranking of second in the world. He has scored a record 68 goals in 102 internationals.

Wing back Thomas Meunier also trained individually as he continues his recovery from a cheekbone fracture. He played 20 minutes in Friday’s friendly loss to Egypt in Kuwait City.

Leandro Trossard returned to training after a light injury, as did back-up goalkeeper Koen Casteels and attacker Thorgan Hazard.