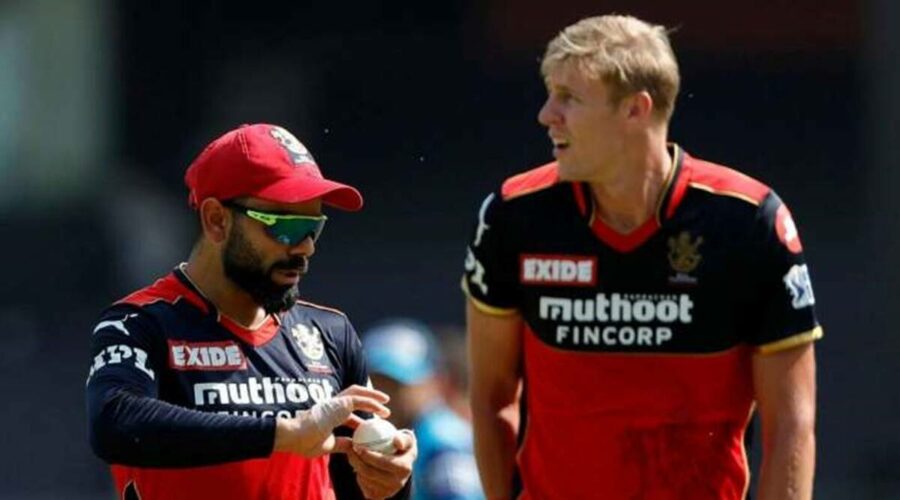 Kyle Jamieson speaks about his relationship with RCB skipper Virat Kohli and how he had planned to bring out the Dukes balls at practice sessions later on in IPL 2021. Kyle Jamieson, responding to a query on refusing to bowl at Virat Kohli with the Dukes ball at RCB nets, said he was planning to use them later on in the IPL 2021 season.

Jamieson, speaking about his relationship with the RCB skipper, said at a virtual press conference from the UK on Wednesday, “We were talking generally about cricket, having played against each other 12 months before. He was asking me if I had played in England, what his own experiences had been there. No specifics. We went our ways with a sort of parting jibe – ‘See you in a month’s time.’”

“I had two Dukes balls in my bag but I didn’t get the chance to use them. I was going to bring them out at the back end of the tournament,” he said.

READ | Three of a kind: the different balls used in Test cricket

Jamieson was responding to a question on the comments made by his RCB teammate Dan Christian on a podcast episode, that has since been deleted, that he had not not fallen for Kohli’s attempt to face him at nets with the Dukes ball — the ball which will be used for the WTC final between India and New Zealand.

“Pretty cagey from Virat actually, right in the first week we were here… Virat says ‘Oh, if you want to have a bowl against me in the nets, I am more than happy to face’. Jamie was like, ‘No chance I am going to bowl at you!’” Christian had said.

READ | Kohli not getting much help from teammate Jamieson

Speaking on his time in India, Jamieson said during the interaction: “My time in the IPL was a great chance to share the dressing room with some legends of the game like Kohli and AB de Villiers. It was great to be involved in that atmosphere, to soak up the knowledge, albeit all the things that were going on outside (the IPL bubble).”

05/20/2021 Sport Comments Off on ‘Was going to use Dukes balls towards end of IPL’: Kyle Jamieson on his equation with Virat Kohli
India