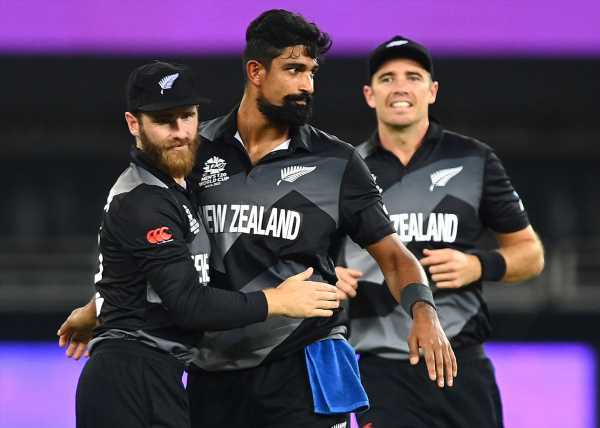 New Zealand are aware of the threat posed by Afghanistan’s spin attack, but the Black Caps are confident of sealing a semi-final spot in the Twenty20 World Cup with a win in Abu Dhabi, leg-spinner Ish Sodhi said on Saturday.

A win in their final Super 12 match on Sunday will see New Zealand join Pakistan in the last four from Group Two, sending pre-tournament favourites India out of the competition.

“We see it as another game,” Sodhi told reporters.

“We’ve approached almost every game like that so far and hopefully we can do the same tomorrow. Be really clear on what’s been working really well for us.”

Afghanistan’s three-pronged spin attack of Rashid Khan, Mohammad Nabi and Mujeeb Ur Rahman have shown they have the ability to turn any game in their favour, and Sodhi said “that’s definitely where their threat lies”.

“I’m sure all the batsmen during the scouting meeting have taken it into consideration, as well as the threat they bring with the bat,” Sodhi said.

“I know we spoke about it in depth this (Saturday) morning with our scouting and things like that. So hopefully we can put together some good performances tomorrow.”

Afghanistan’s top-order batsman Hashmatullah Shahidi could not confirm if off-spinner Mujeeb, who missed the last two matches against India and Namibia due to injury, will be fit to face New Zealand.

“Our spinners are really good, especially in these conditions,” said Shahidi. “We have played a lot of cricket here and we have the benefits. But against the big teams, we need to bat well, too. Batsmen should take more responsibility.”

While Afghanistan will have a chance of going through to the last four with a win against New Zealand, such a result could also clear India’s way to the semi-final on superior net run-rate.

Asked about the support of a billion-plus Indians for Sunday’s match, Shahidi said: “We only focus on ourselves, our team. Our main focus is how to qualify for the semi-finals … and we’ll do our best.”

11/12/2021 Sport Comments Off on Wary of Afghan spin threat, Kiwi back their own strengths
India