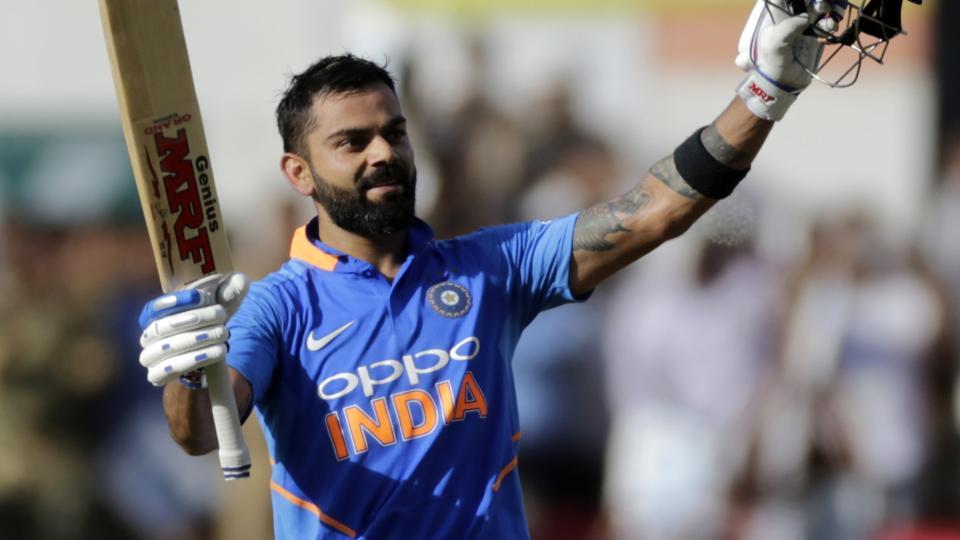 With the men’s Cricket World Cup 2019 scheduled to begin from May 30, the Indian team dominating International Cricket Council player rankings with the number one batsmen and bowler from the country, according to rankings released Wednesday.

India are ranked second in the ICC team ODI rankings with two batsmen and three bowlers among the top 10.

Skipper Virat Kohli retained his top spot in the batting rankings with 890 points followed by Rohit Sharma, who consolidated his second position with 839 points.

In the all-rounder rankings, Shakib Al Hasan of Bangladesh has moved to top the table. Shakib now has 359 points, 20 ahead of Afghanistan’s Rashid Khan, who has now slipped to number two.

The much-anticipated ICC World Cup is set to run from May 30 to July 14 in UK and Wales.

Ahead of the tournament, warm-up matches will take place, starting May 24.

India will face New Zealand on May 25 followed by a match against Bangladesh on May 28. The Men in Blue will kick-off its World Cup campaign against South Africa on June 5 at Hampshire Bowl, Southampton.