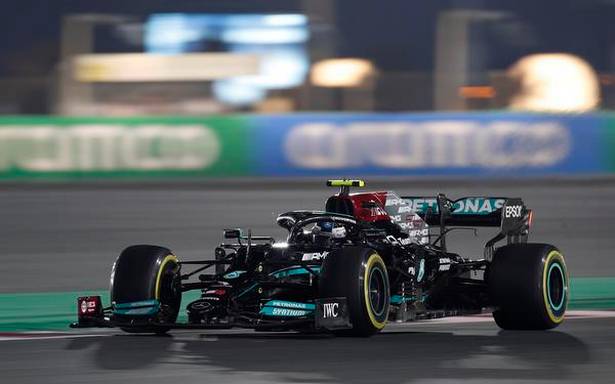 Lewis Hamilton was fourth in both practice sessions

Valtteri Bottas lapped fastest for Mercedes in floodlit free practice on Friday as Formula One prepared to race in Qatar for the first time with the title battle entering its decisive phase.

Lewis Hamilton was fourth in both sessions. AlphaTauri’s Pierre Gasly was second in both practices with Verstappen, who leads Hamilton by 14 points with three races remaining, third in the evening.