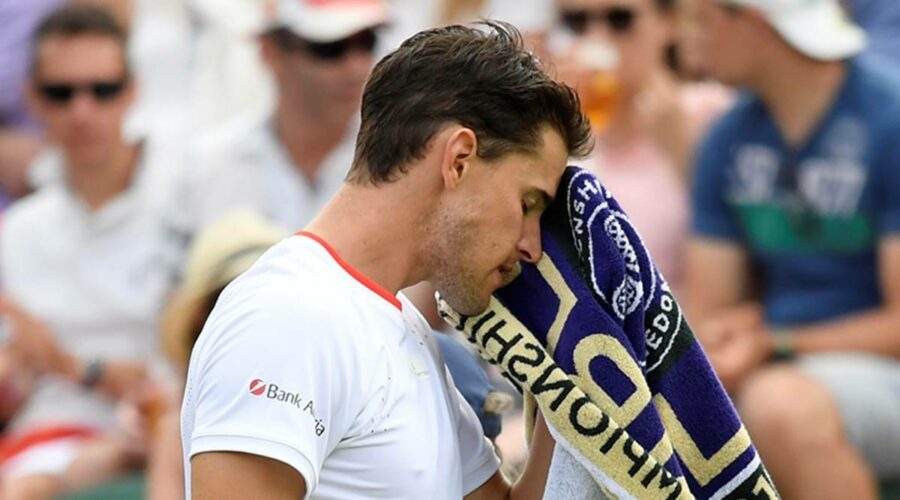 Thiem said he will sit out Wimbledon and tournaments at Hamburg, Germany, and Gstaad, Switzerland. Reigning US Open champion Dominic Thiem pulled out of Wimbledon and two other tournaments on Thursday because of an injured right wrist.

Thiem would have been seeded No 4 at the All England Club, where main-draw action begins on Monday.

“I’m going to do everything the doctors say in order to recover as quickly as possible,” Thiem said.

“They’ve informed me that I might be out for several weeks, but I will do my best to be back on court soon.”

The 27-year-old from Austria retired during the opening set of his first match at the Mallorca Open grass-court tuneup tournament this week, citing his wrist.

Thiem then went to Barcelona for additional tests, which found what his management team said on Thursday is a “detachment of the posterior sheath of the ulnar side of the right wrist.”

Thiem will need to wear a wrist splint for five weeks before starting a rehabilitation program. He said he will sit out Wimbledon and tournaments at Hamburg, Germany, and Gstaad, Switzerland.

The US Open starts in New York on August 30. He won his first Grand Slam title there last year by coming back from a two-set deficit to beat Alexander Zverev in a fifth-set tiebreaker in the final.

Thiem has struggled in 2021, going just 9-9. He lost in the first round at the French Open last month.