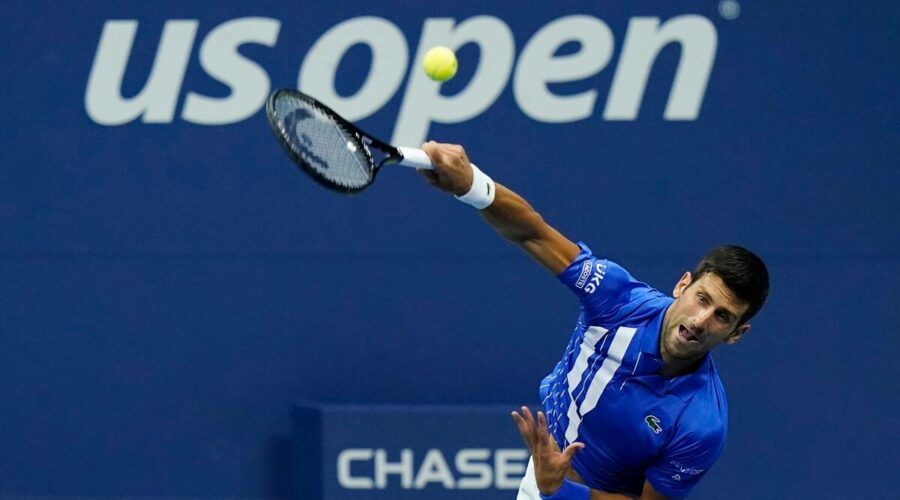 Novak Djokovic will try to focus on the match and only the match while recognizing that this means ignoring the elephant in the stadium. 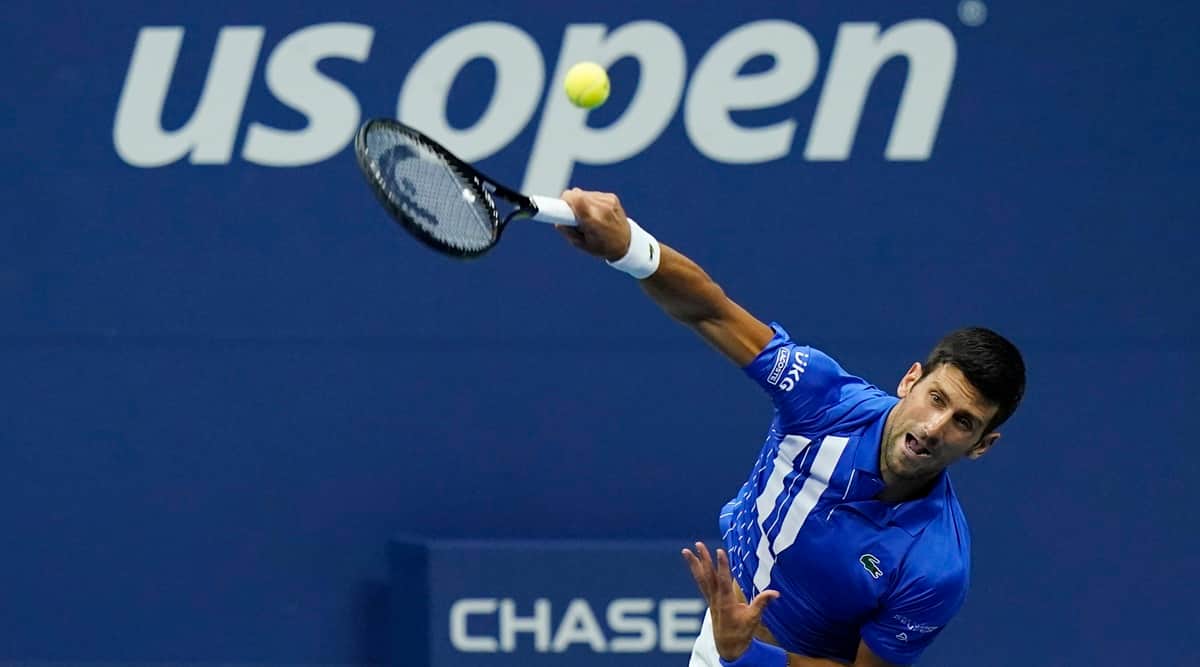 — Novak Djokovic might disagree, but after a 52-year vigil in the men’s game, you want the Grand Slam to be worthy of the wait.

You want it to be not just inspiring but devilishly difficult, with opponents throwing heart, soul and full-cut forehands into stopping the quest.

You want, in essence, matches like Djokovic’s Friday night semifinal at the U.S. Open against Alexander Zverev. Five sets of thorny questions answered and of break points saved in which, as so often in the moments that matter most, Djokovic found a way to impose his game and will.

“He plays the best tennis when he needs to, which a lot of players don’t,” Zverev said.

Djokovic was calm, unusually calm, as he again worked it all out, sifting through risk-reward ratios, making tactical shifts and, above all, refusing to miss on the biggest points. Full focus was required, because the danger of his Grand Slam running onto the rocks was real, just as it will be Sunday when he faces Daniil Medvedev, another taller and much younger opponent, in the final.

Djokovic, a man who likes to chew on the grass after winning Wimbledon, is close enough to taste his 21st career Grand Slam singles title, which would break his tie with Rafael Nadal and Roger Federer for the men’s record. But the shiniest prize at this stage is the Grand Slam: winning all four major singles titles in the same season.

Nadal and Federer, for all their gifts and enduring excellence, have never come close. Djokovic is one match away, which is no surprise to Open officials, who long ago recruited Rod Laver to come to New York to award the trophy Sunday.

Laver, an Australian lefthander nicknamed Rocket, completed the Grand Slam in 1962 as an amateur and in 1969 as a professional. No man has done it since. His red hair has long since gone gray. He is 83 and still passionate about the game, and he was front and center in the president’s box Friday, just as he will be on Sunday.

“I’m going to treat the next match like it’s the last match of my career,” Djokovic told ESPN analyst Patrick McEnroe in his on-court interview Friday.

It would have been more symbolic if Nadal or Federer were the one trying to keep Djokovic from clearing the final hurdle. But a champion can play only the opposition he is dealt, and if Nadal and Federer have both been sidelined at this advanced stage with injuries, that only underscores Djokovic’s resilience and longevity.

Staying healthy enough to keep winning is part of the greatness equation, part of the challenge, and it has been left to Djokovic, still No. 1, to hold off the next generation in New York.

So far, so great against the best talent available: Wimbledon finalist Matteo Berrettini in the quarterfinals and 2021 Olympic gold medalist Zverev in the semifinals.

“Look, there is a reason why he’s won 20 Grand Slams, and there’s a reason why he’s spent the most weeks at world No. 1,” Zverev said. “I think mentally he’s the best player to ever play the game. Mentally in the most important moments. I would rather play against anybody else but him.”

Djokovic, who knows Zverev well because both are based in Monte Carlo, can sense the trepidation in the opposition and takes strength from it.

“Probably all these big matches that I won, big titles over the years, have kind of built that kind of aura around me that players know there’s a never-die spirit with me, especially when I play Grand Slams,” he said. “They know that until the last shot, things can turn around, which was the case in several occasions throughout my career. So I’m glad that my opponents think of me that way. I want them to feel that they are under extreme pressure when I’m facing them on a big stage in Grand Slams.”

Djokovic was not always a rock. Early in his career, he had a reputation for taking frequent injury timeouts and retiring from matches. In 2008 at the U.S. Open, American star Andy Roddick mocked Djokovic at a news conference by reciting a mostly fictional laundry list of his ailments, including both ankles, “a back and a hip, cramp, bird flu, anthrax, SARS, common cough and cold.”

Was Djokovic bluffing during matches?

Roddick demurred. “If it’s there, it’s there,” he said. “There’s just a lot. He’s either quick to call a trainer, or he’s the most courageous guy of all time. I think it’s up for you guys to decide.”

That exchange seems like ancient history. Djokovic addressed his endurance issues and breathing difficulties with two surgeries for a deviated septum and a shift in 2010 to a gluten-free, largely plant-based diet.

The last man who can stop the Grand Slam is Medvedev, 25, a lean, trilingual Russian who is ranked No. 2 and is at his best on hard courts.

He lost the 2019 U.S. Open final in five sets to Nadal, and Medvedev’s sparkling form at the start of this season had many expecting another classic match when he faced Djokovic in the Australian Open final.

Instead, Djokovic won, 7-5, 6-2, 6-2, breaking Medvedev’s game and spirit after a close first set. But Medvedev, who has won 14 of his last 15 matches, has had a more restful journey to the final in New York than Djokovic, dropping just one set to Djokovic’s six.

“I’m going to give all I have left on Sunday, and I have a lot left,” Medvedev said after defeating Felix Auger-Aliassime in straight sets.

Medvedev has beaten Djokovic three times in best-of-three-set matches but never in the best-of-five format. Opinions are divided on what approach he should take. McEnroe, a former U.S. Davis Cup captain who was courtside for ESPN Friday, believes Medvedev needs to “out-patience” Djokovic. 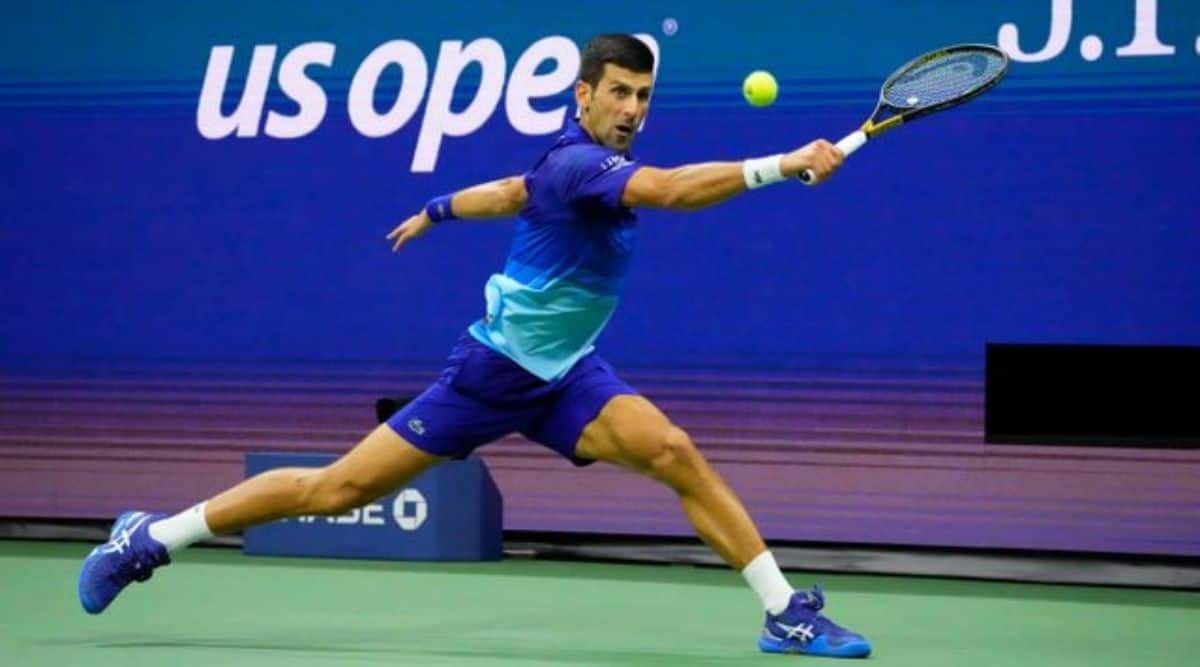 “It looked to me like Medvedev came out in Australia and thought, ‘I will outhit this guy,’ but he doesn’t hit big enough to outhit him,” McEnroe said. “He has to outmaneuver him, which I think he can do. I think he has the shot tolerance. The question is, does he have the guts? You’ve got to be willing to go to the wall in every way, shape and form and not only play your best strategic match but physically be ready to suffer like you have never suffered before.”

What is clear is that Medvedev, in his third major final, no longer is content with making a deep run. He wants his first Grand Slam title much more than he cares about preventing Djokovic’s Grand Slam.

“It’s true there is a lot of stake for him, and though that could put a lot of pressure on him, knowing him, the pressure will make him stronger,” Medvedev said. “I’m just going to give all I have, and I’m surely not going to think in the middle of the match if I’m winning that ‘OK, I’m ruining the record he’s trying to beat.’ It’s only the match that counts for me.”

Djokovic also will try to focus on the match and only the match while recognizing that this means ignoring the elephant in the stadium.

“I know we want to talk about history; I know it’s on the line,” he said late Friday night. “Of course, I’m aware of it, but I’m just trying to lock into what I know works for me. I have my routines. I have my people. I isolate myself. I gather all the necessary energy for the next battle, only the next match.”

It is hard to bet against him at this stage. After he has reeled in the greats, Federer and Nadal. After he has stared down so much pressure. After he has added dimensions to his game, like the drop shots that were often so effective against Zverev on Friday.

But the Grand Slam has long been tennis’s steepest hill to climb, and it will be difficult to block it out with Laver front and center and Djokovic so close to something so rare.

But then shouldn’t a Grand Slam be hard, very hard, after a 52-year wait?