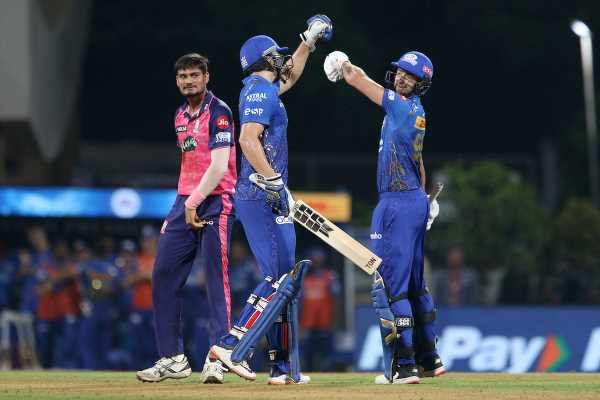 While Surya Kumar Yadav and Tilak Varma’s 81 run stand lasted a good 56 balls, both were dismissed within a span of three deliveries.

Mumbai Indians’s current season has been marred by poor performances, soft dismissals and late game collapses and for a moment after the Yadav-Varma stint ended, one could have assumed that the tie was on the verge of swinging back in Rajasthan’s favour.

With 37 runs needed off 28 balls, there was lots to play for and Tim David was the new man at the crease for the Mumbai Indians. Playing alongside veteran Kieron Pollard, David started off facing Yuzvendra Chahal in the 17th over and proceeded to smash him for six over long-on to bring the equation down to 28 needed off the final 3 overs.

Onto the 18th over and David hit two back-to-back fours off the second and third delivery of Kuldeep Sen’s over which eventually went for 13 runs and dramatically changed the equation to 12 runs needed off 12 balls.

Eight runs came off the 19th over, which mainly consisted of ones and twos.

Going into the final over, with four needed off six balls, there was another twist in the tale when Pollard was dismissed holing out to Daryl Mitchell fielding in the deep. 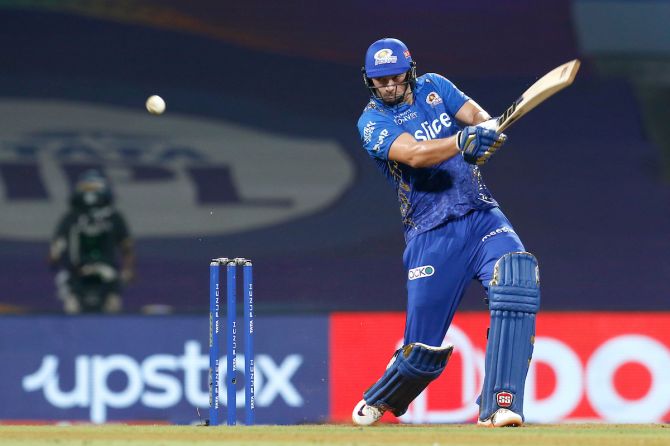 The game was finally decided in the most audacious way possible when Daniel Sams, barely seconds after arriving at the crease, unleashed a stunning pull that launched the ball into the night sky and remained air-borne for what seemed like ages before clearing the ropes for a six.

Watching the winning runs at the non-striker’s end was David, the unsung hero of the game, who finished unbeaten with 20 off 9 balls, a vital contribution in the context of the win.