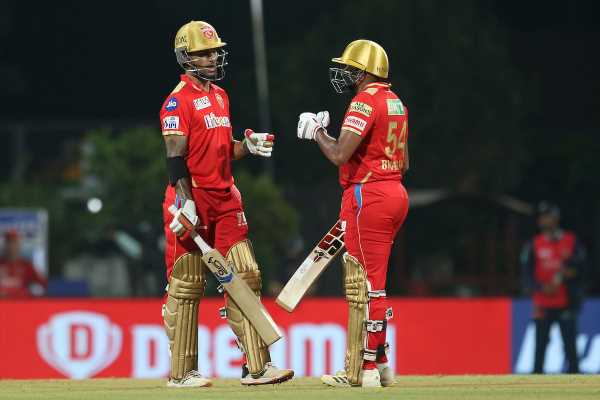 At first glance, Gujarat Titans’s 143 against the Punjab Kings seemed a defendable score given the talent in the GT bowling line-up. The Titans were high on confidence and team morale — league leaders in the Indian Premier League 2022 with nine wins out of ten (including the current five match winning streak).

In the end, the Titans appeared rather diminished following Punjab’s spectacular performance in all departments.

With Shikhar Dhawan leading the charge, Punjab dominated the second half of the game and while Gujarat Captain Hardik Pandya tried every trick in the book, he had to admit defeat in the face of some truly inspired batting by his adversaries.

The margin of victory for Punjab was two-fold — that they won it with eight wickets in hand and the fact that they got to their target with 24 balls to spare.

In retrospect, all this was made possible by a resolute partnership between Dhawan and Bhanu Rajapaksa. Following experimental opener Jonny Bairstow’s departure for 1 in the third over after holing out to Pradeep Sangwan at fine leg off Mohammad Shami’s bowling, for a brief moment it looked like the momentum was in Gujarat’s favour.

Rajapaksa’s impact was immediate, hitting two fours off Shami in the same over as Punjab, despite the setback, never took their foot off the pedal. The runs kept coming in and in the very next over, Alzarri Joseph was hit for a four and six off consecutive balls. 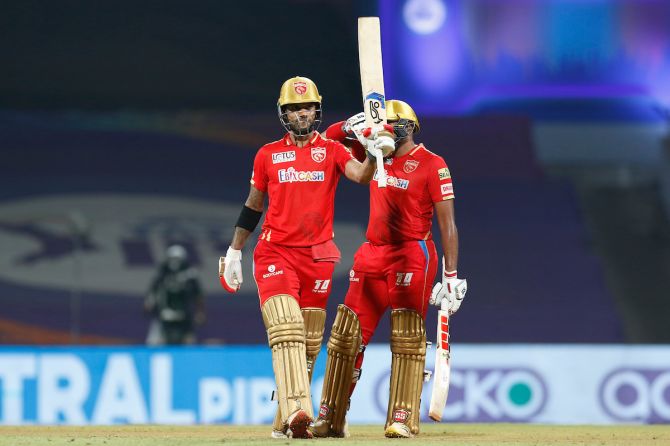 Sangwan was brought into the attack following the end of the Powerplay and found himself at the receiving end of three fours off the first four deliveries.

Even Gujarat’s leading wicket-taker Rashid Khan’s introduction into the attack brought no respite as the batters continued to rotate the strike and kept the scoreboard ticking.

By the end of the 10th over, Punjab were cruising along at 76-1 needing an additional 68 runs from 60 balls.

Rajapaksa departed in the 12th over caught plumb in front of the stumps trying to go after Lockie Ferguson.

By the end of the partnership, Dhawan and Rajapaksa had added 87 runs off 59 balls. Dhawan and Liam Livingstone kept finding the boundaries at regular intervals and a magnificent hitting showcase by the Englishman in the 16th over by Shami (three sixes and two fours) brought the game to a swift conclusion.

It was the first time this season that Gujarat has looked mediocre as the team ran out of ideas against a Punjab side who were out there with a point to prove.