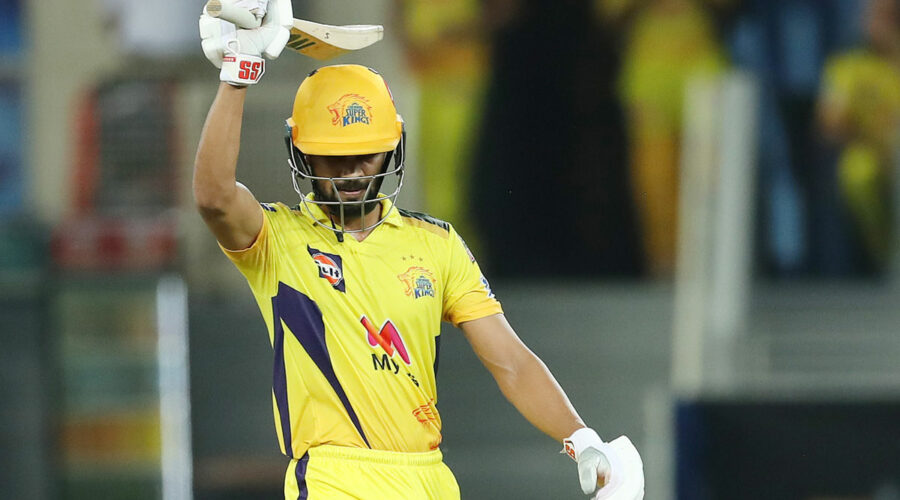 The gifted Ruturaj Gaikwad showed his class with a splendid half-century to power Chennai Super Kings to the top of the IPL standings after they beat champions Mumbai Indians by 20 runs in Dubai on Sunday, September 19, 2021.

The 24-year-old batsman shifted gears quite efficiently as he helped CSK bounce back from a precarious 7/3 and finish on a healthy 156/6.

Gaikwad, who scored 88 not out from 58 balls, was the only batsman in CSK’s top six to score in double digits. He got good support from Ravindra Jadeja (26 from 33 balls) and Dwayne Bravo (23 from eight balls) as the CSK batsmen staged a remarkable recovery in the final few overs.

The Pune-based batsman didn’t have a great start to his IPL career last season, registering scores of 0, 5 and 0 in his first three innings. Captain Mahendra Singh Dhoni showed faith in him and he repaid it with three fifties in his next three innings.

In the first leg of this year’s IPL, Gaikwad got going after a slow start with two fifties in his last four innings and continued that good form in the first match in the UAE.

He had his share of luck as Mumbai Indians wicket-keeper Quinton de Kock put down a catch off Rahul Chahar when the CSK opener was batting on 19 in the ninth over.

Gaikwad went on a rampage in the end overs. After he got to his fifty, he changed gears by smashing 38 from his last 17 balls, which included a couple of breathtaking sixes off India’s best fast bowler, Jasprit Bumrah.

If not for Gaikwad, CSK would have been bundled out under the 100-run mark. The youngster showed great composure to keep Mumbai’s bowlers at bay at the start and then timed his assault to perfection at the end.

Without Captain Rohit Sharma and all-rounder Hardik Pandya, Mumbai Indians struggled in the run chase, with Saurabh Tiwary (50 not out) the only batsman to go past the 20-run mark.

Gaikwad’s match-winning knock helped CSK soar to the top of the IPL standings after their sixth win from eight games.