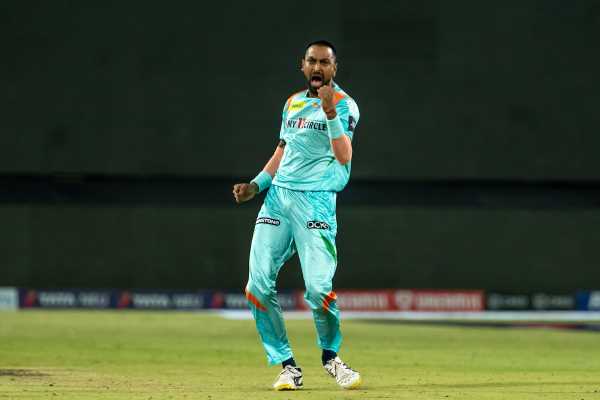 Following a lacklustre show with the bat, one that was deemed by an unimpressed captain K L Rahul as ‘stupid cricket’, the Lucknow Super Giants turned the tables in the second half of the game with a spectacular bowling display to overcome the Punjab Kings by 20 runs and consolidate their place in the top four of the IPL 2022 standings.

While Lucknow’s Mohsin Khan cleaned out the Punjab tail-enders in the final overs of the game to finish with three wickets to his tally, the victory was set in place thanks to a crucial contribution by spinner Krunal Pandya who bowled an inspiring spell — finishing with 2-11 in his four over quota.

Having been introduced into the attack in the 7th over with Punjab at 51-2, Pandya’s first contribution was the scalp of Bhanu Rajapaksa in the final ball of his first over.

The Sri Lankan batter is known for his expertise in facing spin bowling and was already building the foundations of a solid partnership with Jonny Bairstow when Pandya struck. 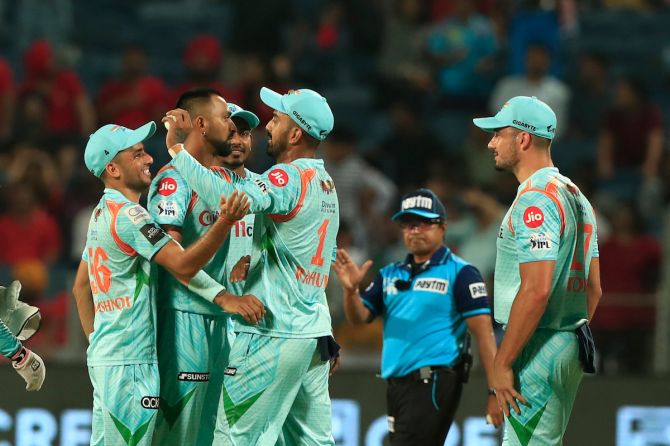 Off a good length delivery that turned inwards, Rajapaksa attempted a sweep, got a leading edge, launching it upwards and into Rahul’s hands.

In the 14th over, he bowled the best spell — a wicket maiden which included the dismissal of Jitesh Sharma at a time when Punjab was desperately hoping to get the scoreboard ticking with the prospect of a rising required run rate.

Pandya delivered a flatter delivery that turned inwards and hit Sharma’s pads in front of the wicket. While the umpire shook his head, the review showed that the ball was hitting the stumps.

Two overs later, Pandya was at hand to make the crucial catch that led to the departure of Bairstow, who was Punjab’s last hope at that stage in the game and playing an inspired innings. Lucknow bowled exceptionally well in the death overs and pulled off a deserving victory, but it was largely thanks to Pandya with his contagious energy and highly animated celebrations that inspired them.

As he confessed later in the post-match interview, he has been putting a lot of time in training to improve his bowling. ‘For the last 7-8 months, I have been working hard. The results everyone can see as I have tried to improve skill-wise.’ he said.

Pandya is gradually joining the exclusive club of spinners alongside Yuzvendra Chahal and Kuldeep Yadav who have set high standards in this edition of the Indian Premier League.