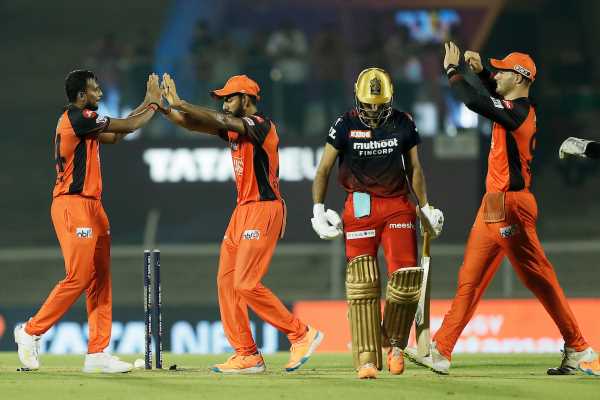 Sunrises Hyderabad’s sublime bowling effort saw Royal Challengers Bangalore being bowled out for a measly 68 — the lowest team total this season and also the sixth lowest total ever in the IPL.

While it was Marco Jansen’s early heroics that helped slash off the head of the metaphoric RCB lion, it was medium pacer T Natarajan who came in to dispatch whatever was remaining of — the body and the tail.

His figures of 3-10 from 3 overs ensured that SRH never took their foot off the gas pedal and kept the pressure up at all times for every batter that walked up to the crease.

Overall, SRH restricted 9 of the 11 RCB batters to single digits with only Glenn Maxwell (12 off 11 balls) and Suyash Prabhudessai (15 off 20 balls) getting to double figures. 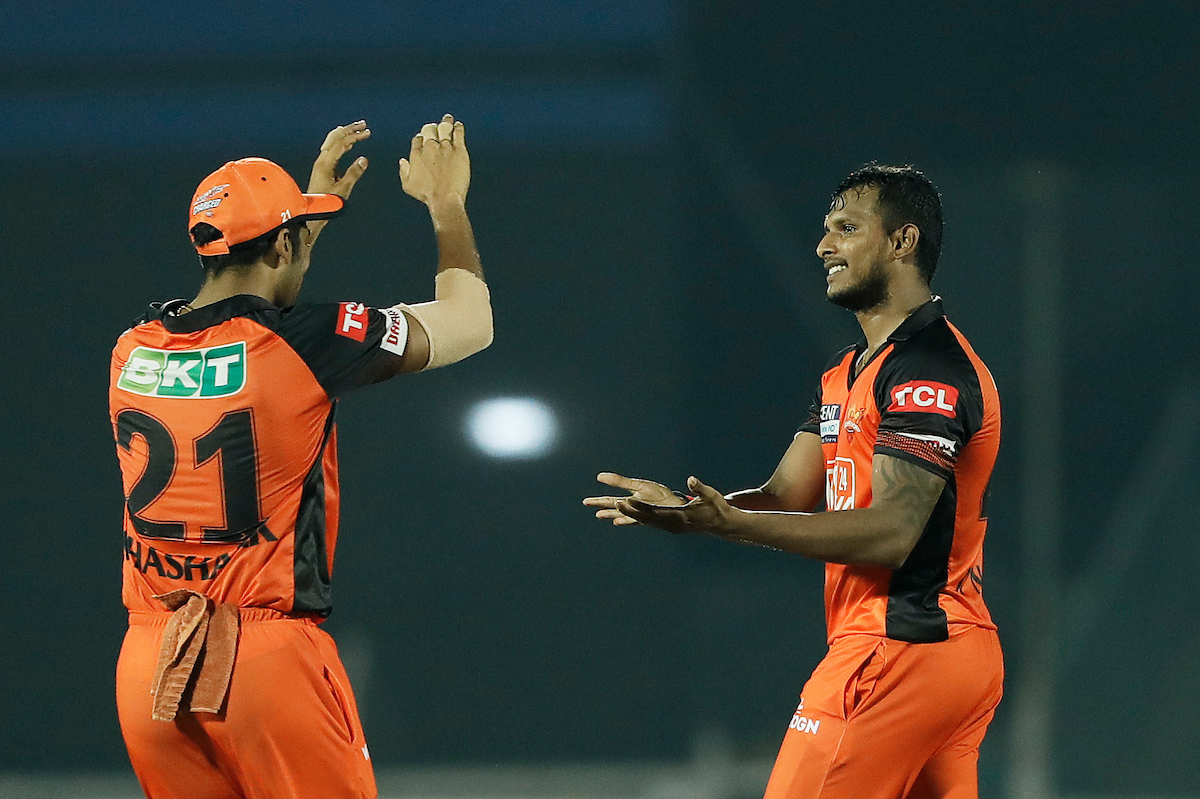 In his very first over, Natarajan claimed Maxwell’s wicket — the Australian is a key player for RCB who had helped rebuild the team’s innings following early collapses this season.

Nattu’s fuller length delivery off the second ball was mistimed by Maxwell and it took a majestic full-length dive from Kane Williamson to complete the dismissal.

With wickets falling at regular intervals, Natarajan was reintroduced in the 12th over and this time it was Harshal Patel who was dismissed off the very first ball. The attempted seam ball was pitched up to a good length area and before Patel could react, it smashed into the stumps to make it 55-8. 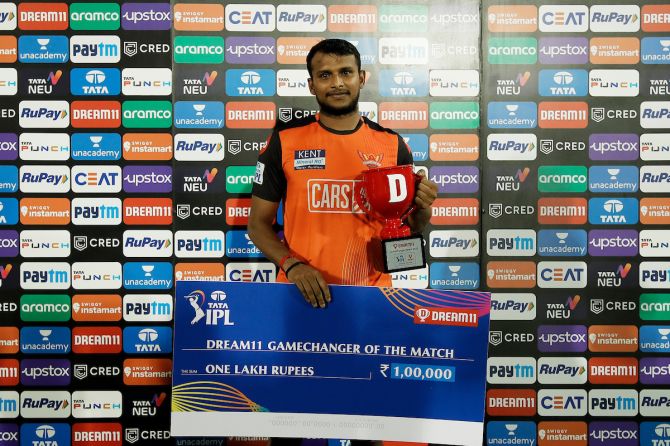 Natarajan returned in the 15th over and this time it was Wanindu Hasaranga’s stumps, knocked clean off by a sublime yorker to make it 68-9 for RCB.

It was a superb team effort from Sunrisers Hyderabad that went into achieving their fifth consecutive victory and Natarajan kept the momentum all through to the end of the innings.