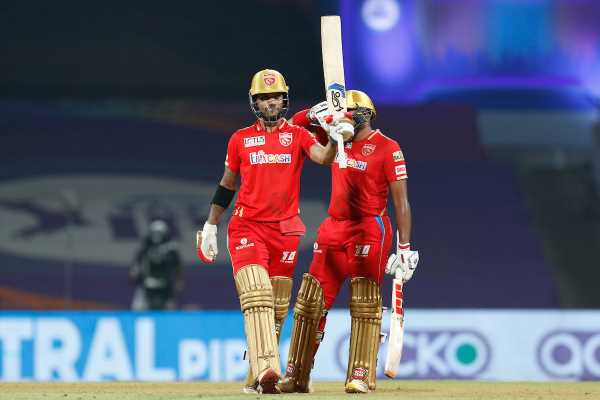 Punjab Kings pulled off a comprehensive eight wicket victory against league leaders Gujarat Titans at the D Y Patil stadium at Navi Mumbai on Tuesday, May 3, 2022.

At the heart of Punjab’s striking run chase was Shikhar Dhawan’s individual contribution of 62* off 53 balls, one that lasted from the very start to the victory snatching end.

In all, his swashbuckling innings included eight fours and one six, most of which were followed by the customary close-up of PBKS Co-owner Preity Zinta applauding in the Kings’s VIP Box.

While he was aggressive, he never came across as rash in his choice of shots and during his crucial stand with Bhanu Rajapaksa, there were long phases where they were content with singles and doubles, keeping the required run rate in check at all times. Dhawan anchored the innings beautifully, adapted his strategy according to the situation and made sure that he saw his team through the finish line at the end.

No bowler was spared from Dhawan’s wrath and Gujarat Captain Hardik Pandya threw everything but the kitchen sink at the batter, to no avail.

Dhawan’s intentions were made clear early in the chase as he went after Pradeep Sangwan in the second over, hitting back-to-back fours off his first two deliveries.

Alzarri Joseph was the next bowler at the receiving end, getting smashed for a six and a four in the fourth over. Following the introduction of Rashid Khan, Shikhar and Bhanu toned down their aggression a few notches and there was a phase from the end of the 7th over until midway through the 10th where the boundaries dried up. The batters were still running hard between the wickets though, pushing the ones and twos.

With Rajapaksa’s exit in the 12th over, Dhawan stepped back strategically to leave the big hitting to his new partner Liam Livingstone.

Eventually, he had the best view in the house as Livingstone finished off the game with three sixes and two fours in a 28-run blitz in the 16th over to seal a memorable win.