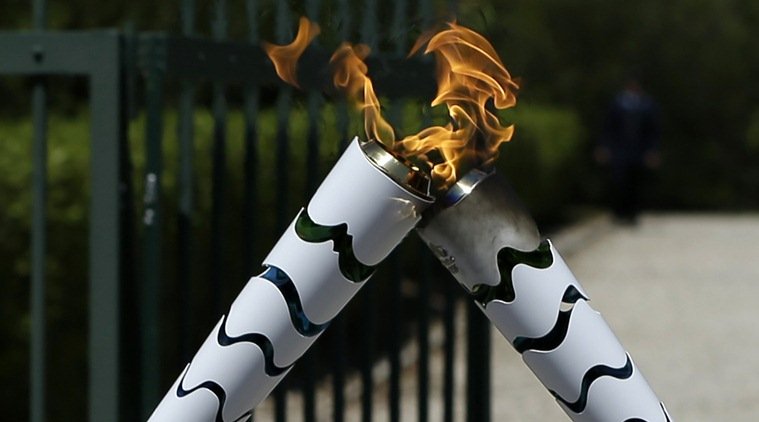 Around 10,000 people would be participating in the relay spanning over 121 days before reaching the Tokyo national stadium July 24 for the opening ceremony. The organizing committee of the 2020 Olympics said Saturday, the torch relay next year will pass through major Japanese landmarks, including World Heritage sites and areas devastated by recent natural disasters.

The torch will travel to 857 municipalities in all of Japan’s 47 prefectures, highlighting symbols of reconstruction from the earthquake and tsunami of March 11, 2011, and the subsequent nuclear disaster that killed nearly 16,000 people. About 10,000 torch bearers will participate over the 121-day relay, with the organizers revealing the specific routes later this year.

The torch will pass through municipalities heavily hit by the disaster in northeastern Japan. It will begin on March 26, 2020, at Fukushima Prefecture’s J-Village, a soccer training center that was an operational base for dealing with the nuclear crisis.

The “Miracle Pine” monument, in a park dedicated to a tree that remained standing when all the other 70,000 around it were washed away by tsunami, is among the various landmarks from the northeastern region. On the first day, the torch will also travel through Okuma, where one part of the crippled Fukushima nuclear complex is located.

The torch would also pass through World Heritage sites designated by UNESCO, including Mt. Fuji. The torch will also visit the Hiroshima Peace Memorial Park, dedicated to the victims of the world’s first atomic bombing in 1945.

The flame will make its entrance at Tokyo’s New National Stadium on July 24 during the opening ceremony.