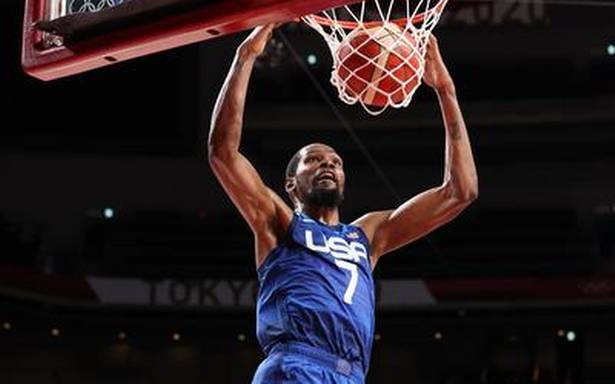 The United States kept its basketball gold medal dreams on track on Tuesday by sweeping past World champion Spain 95-81 and into the semifinals, while Olympic debutant Slovenia crushed Germany to set up a last-four clash with France.

The three-time defending champion will next face Patty Mills’ Australia, which convincingly beat Argentina 97-59, for a place in Saturday’s final.

Slovenia progressed on the back of 27 points from Zoran Dragic and another 20 from Dallas Mavericks star Luka Doncic in the 94-70 rout of Germany.