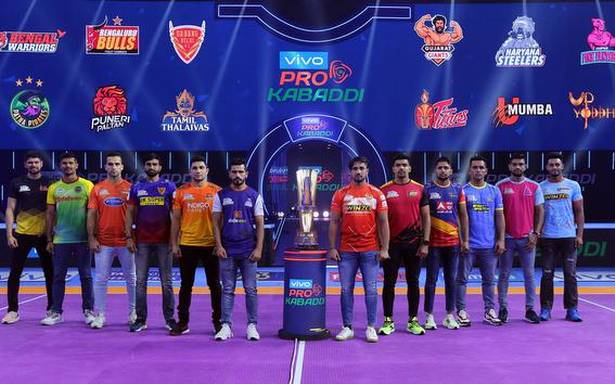 We have a comprehensive, stern and stringent process to ensure safety, PKL commissioner Goswami said

After a 20-month hiatus forced by the COVID-19 pandemic, the ProKabaddi League (PKL) returns on Wednesday.

To ensure that Season 8 progresses without incident, all matches will be held at a single venue — The Sheraton Grand Bengaluru Whitefield Hotel here.

“We have imbibed the best practices from other Indian sports leagues. We have a comprehensive, stern and stringent process to ensure safety,” PKL commissioner Anupam Goswami said in a press conference on Tuesday.

Action kicks off with a triple header — Bengaluru Bulls vs U Mumba, followed by Telugu Titans vs Tamil Thalaivas and Bengal Warriors vs UP Yoddha.

Bulls rely heavily on captain Pawan Kumar, who was the top points scorer in the previous season. U Mumba is led by experienced Iranian Fazel Atrachali, who is among the best defenders in the league.

Telugu Titans and Tamil Thalaivas will look to improve upon their disappointing performances in Season 7. Titans will hope that its stellar raid duo of Siddharth Desai and Rohit Kumar comes to the party. Thalaivas, meanwhile, will back Surjeet — he has the highest number of successful blocks in PKL history (116) — to stay strong in defence.

Bengal Warrior has unsurprisingly retained the same core of players who helped the side claim the title in the previous season.

UP Yoddha will be bolstered by the addition of star raider Pardeep Narwal, the most expensive signing in PKL auction history (₹1.65 crore).

Dabang Delhi brings a wealth of experience to the mat, with the likes of veteran players Ajay Thakur, Sandeep Narwal and Manjeet Chhillar in the squad.