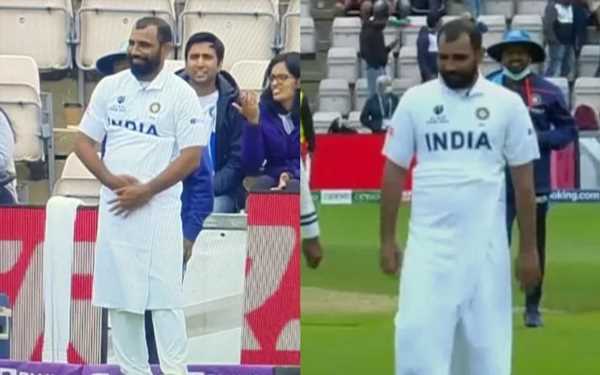 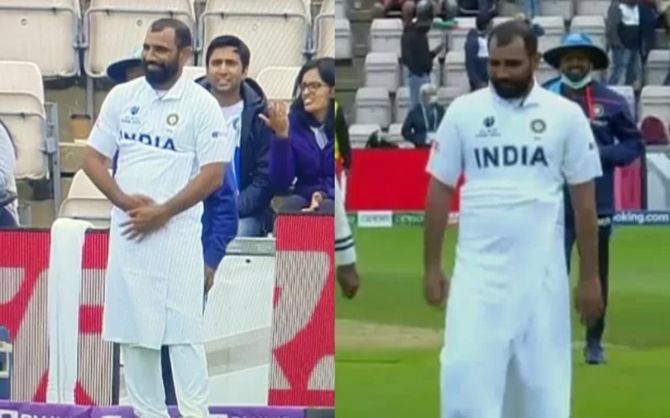 Mohammed Shami was at the centre of attention on Day 5 of the World Test Championship Final.

From his sensational bowling to fielding with a towel wrapped around his waist, the pacer made things happen on the field.

Shami provided crucial breakthroughs and ended with figures of 4/76 as India bowled New Zealand out for 249 in the first innings, conceding a lead of 32 runs.

At one point during the post-lunch session, something unusual happened on the field along the boundary as Shami was seen draping himself in a big white towel.

Commentators Dinesh Karthik, Nasser Hussain and Simon Doull were on air when Shami was spotted with the towel.

While Hussain called it an ‘interesting look’ and quipped it might have been a warm towel to keep himself comfortable on a cold Tuesday afternoon in Southampton, Karthik said he was not able to explain why Shami had the towel.

As pictures of Shami in the towelcirculated on social media, fans are coming up with hilarious memes and tweets. Take a look: 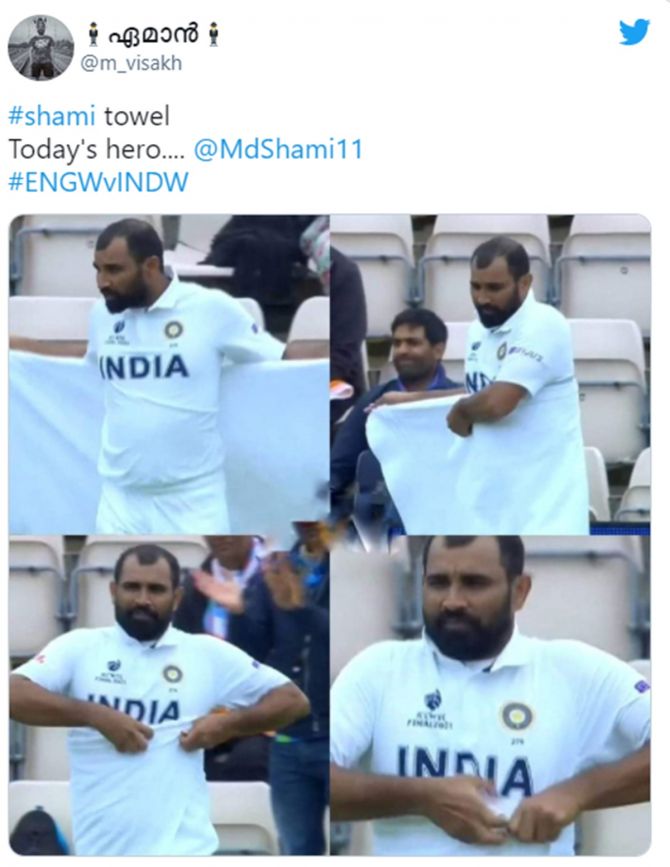 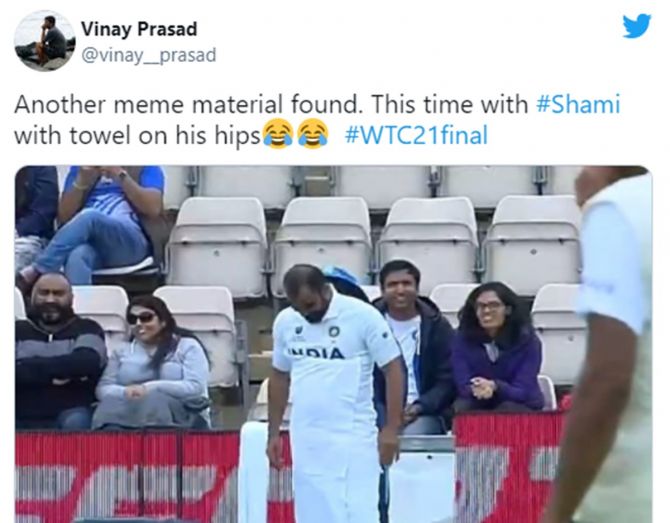 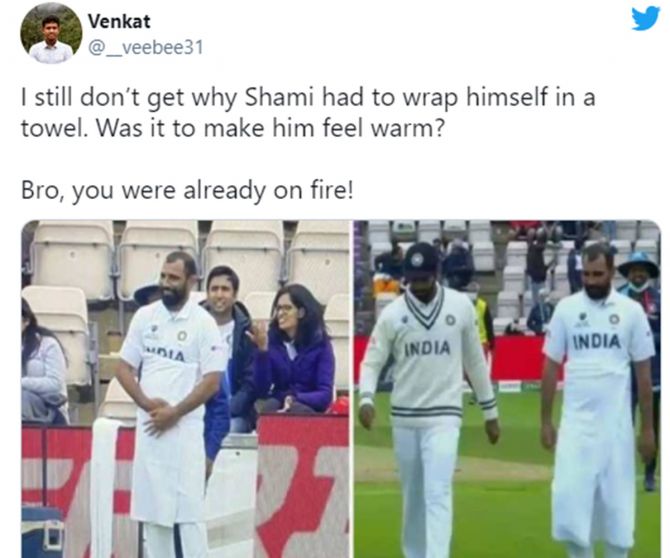