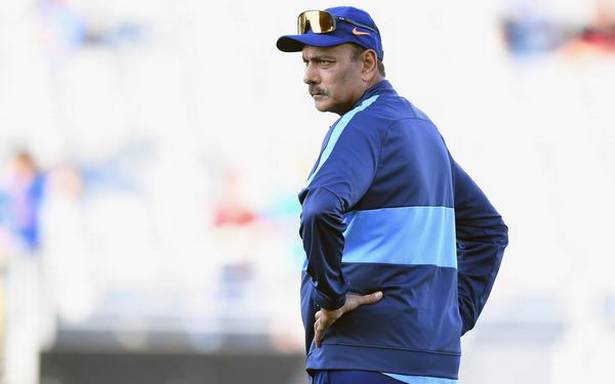 ‘They have shown the drive to hang in there, no complaints’

Minutes after finishing his last assignment of a long streak as the India head coach, Ravi Shastri issued an indirect caution to the Indian cricket administrators with regard to managing India’s hectic workload.

“When you’re six months in a bubble… lot of players in this team play all three formats of the game. In the last 24 months, they have been home for 25 days. I don’t care who you are, if your name is (Don) Bradman, if you are in a bubble as well, your average will come down because you are human,” Shastri said in Dubai on Monday night after India finished third in its group of the ICC Men’s T20 World Cup.

Got to be careful

“This is not something where you just put petrol on the back side and expect the guy to move on in overdrive. It doesn’t happen that way. That’s why I say in life it’s not what you accomplish, it’s what you overcome; that’s what this team has done. They have shown the drive to hang in there, no complaints. But sooner or later, the bubble will burst, so you have got to be careful.”

With the suspended Indian Premier League to be squeezed between the England tour and the World Cup, the Indian team hardly trained together for a week for the World Cup. Asked whether it is impractical to priorise World tournaments ahead of IPL from an administrator’s perspective, Shastri played safe.

“That’s not my job, first of all. That is something the administrators, not just from India, it is the others around the globe who will also be looking at it before big tournaments to ensure that there is a little bit of gap so that the guys are made fresh and ready to play,” Shastri said.

The former India captain, who reiterated India has emerged as “the best team ever” in Indian cricket history during his tenure, had no doubts that a player can now raise his hand up, seek rest and come back afresh to claim his spot in the team.

“The communication has been free. We have managed players, especially with the training methods and everything. One thing, we were never short on communication,” he said. “Everyone was free to speak. No one was treated as a junior. There were no seniors and juniors on this side. Everyone had the freedom to express himself.”

11/12/2021 Sport Comments Off on The bubble will burst: Ravi Shastri
India