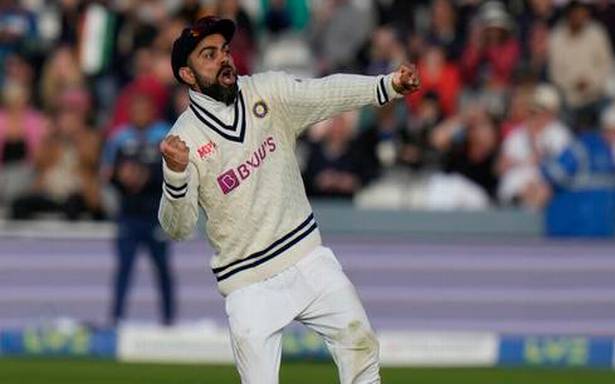 ‘The resilience and grit that the team displayed in difficult situations is something that stood out for me,’ Tendulkar said

Legendary batsman Sachin Tendulkar led the cricketing fraternity in saluting the Indian team’s "resilience and grit" during the incredible win in the second Test against England at the iconic Lord’s.

India’s world class pace attack pulled off an incredible heist with the bat and then followed it up with a magnificent performance with the ball to help India beat England by 151 runs on the final day of the second Test here on Monday and take a 1-0 lead in the five-match series.

"That was some Test match #TeamIndia! Enjoyed watching every moment of it. The resilience and grit that the team displayed in difficult situations is something that stood out for me. Very well played!," Tendulkar tweeted.

"Fantastic win for india…what character and guts from the team ..each and every one ..such a pleasure to watch it from so close.." Batting legend VVS Laxman termed it as a "sensational win". "What an incredible day of Test Match Cricket and one to remember for a long time for every Indian Fan. Bumrah and Shami fighting with the bat early in the day, and pace attack of Siraj, Ishant, Bumrah, Shami giving it their all and India registering a sensational win #LordsTest," he tweeted.

Former wicketkeeper-batsman Dinesh Karthik added: "From survival to revival, the final day at Lord’s was no less than a binge-worthy thriller. Big win #TeamIndia. This one’s highlights are gonna be replayed many times in the future!" Not just Indians, former stars from abroad like Shane Warne and Michael Vaughan too hailed Kohli and his team for their superb show.

"What a test match at Lords. Great pitch, great cricket & great character shown by India. Remember they lost the toss, got sent in, gave up a 1st inn lead & today everyone thought Pant out & Eng win ! India fought hard & deserved the win. India should be 2-0 up. Red hearttest cricket !!," Warne wrote on his twitter page.

Former England skipper Vaughan added: "Amazing game of Cricket .. India today showed why they are so much better than England .. The belief to Win was immense .. #ENGvsIND".