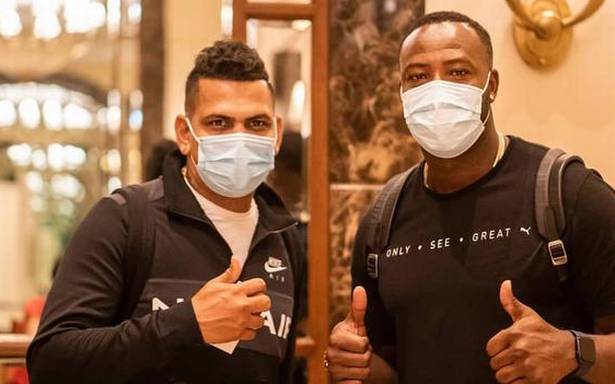 The Kolkata side has recruited multidimensional players, added experience and improved its options in all departments in a bid to return to its glory days

After narrowly missing out on a playoff berth in two successive seasons, Kolkata Knight Riders has strengthened itself in two key areas ahead of the Indian Premier League’s 14th edition. The two-time champion has added experience and also enhanced its options in every department.

Last season, KKR’s progress was dented to some extent because of the underperformance of Sunil Narine and Andre Russell, two vital components in the team’s makeup. Shakib and Cutting are seen as alternatives to the Caribbean duo, but some experimentation cannot be ruled out.

Seifert and Jackson are considered backups for vice-captain Dinesh Karthik.

The recruitment of Harbhajan Singh — who will play the dual role of being a lead spinner and a mentor to younger colleagues — and experienced batsman Karun Nair offers flexibility and provides cover in case of injuries and health issues.

Eoin Morgan, who missed the final two ODIs against India after splitting his webbing, is optimistic of being fit to lead KKR from the beginning. Finding a suitable opening partner for Shubman Gill and additional finishers will be high on the captain’s agenda.

Gill and Nitish Rana are important members of KKR’s batting unit while Rahul Tripathi and Rinku Singh can chip in if required.

KKR will also need to devise ways to improve its PowerPlay scores.

With the diversity of its spin department — left-arm wrist spinner Kuldeep Yadav and mystery spinner Varun Chakravarthy complement Harbhajan’s off-spin — KKR has the potential to keep the best of batters in check.

The think-tank will be keen to see Harbhajan, who trained at his hometown Jalandhar, perform well in the purple and gold.

England white-ball analyst Nathan Leamon will give the side an edge, but it must play positively in order to win its third crown.