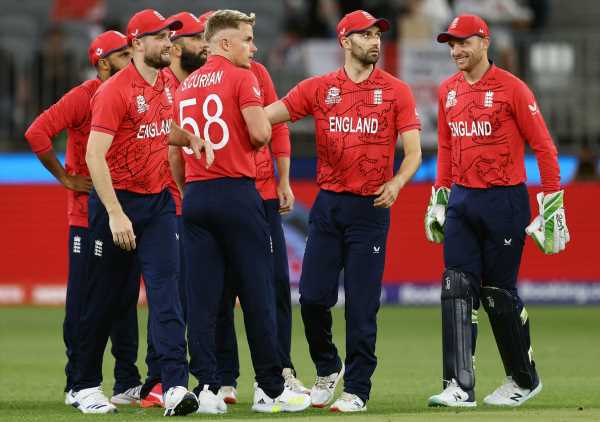 England must get past in-form New Zealand on Tuesday if they are to get their Twenty20 World Cup campaign back on track but their hopes of reaching the semi-finals would also suffer a heavy blow if the Brisbane weather refuses to play ball.

England are in a precarious position after their rain-hit defeat to Ireland and with last week’s eagerly-anticipated encounter with champions Australia abandoned without a ball being bowled.

Rain is again forecast for Tuesday and another washout would mean England could finish on a maximum of six points in Group 1 provided they beat Sri Lanka in their final game on Saturday – a tally that would likely see them fail to advance.

“It would be nice to get the full 40 overs in, so keep our fingers crossed that we get the right conditions to be able to do that,” England assistant coach Paul Collingwood said.

“In World Cups you want to see … the best sides competing against each other in an equal game. Hopefully tomorrow the rain stays away and we can manage to do that.”

If 2010 champions England take four points from their last two games Jos Buttler’s side could finish tied with New Zealand and Australia, which would mean net run rate would determine the top two.

Black Caps bowler Lockie Ferguson said he expected England to “come out hot” in search of a win but backed his team to see off the challenge and take a big step towards the semi-finals.

“We need to come out with our own brand of aggressive play and that’s not to say that’s it’s anything different to what we have done … we have a different way of going about that,” Ferguson said.

“But the way Tim Southee and Trent Boult have started us off has put us a great foot forward in our first two games, so from that point of view, nothing needs to change too much, and we need to adjust to the conditions on the day.”

In Tuesday’s other Super 12 match, Afghanistan play 2014 champions Sri Lanka, who must win both their games and hope other results go their way to reach the last-four stage.