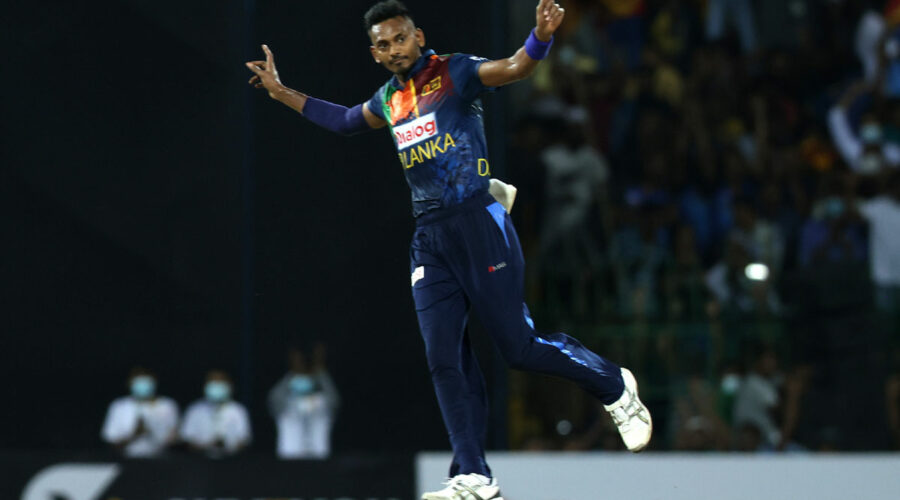 Sri Lanka paceman Dushmantha Chameera has been ruled out of Thursday’s crunch T20 World Cup clash against Netherlands with a calf strain in another injury blow for the former champions.

Chameera picked up three wickets in Tuesday’s big win over the United Arab Emirates in Geelong but hobbled off the field after pulling out of his run-up when bowling his fourth over.

The 30-year-old, who missed Sri Lanka’s recent Asia Cup triumph with a leg problem, is awaiting scans on the injury and could miss further matches should they qualify for the Super 12.

Sri Lanka have already lost left-arm fast bowler Dilshan Madushanka, who was ruled out of the tournament with a quadriceps muscle tear and replaced in the squad by Binura Fernando.

After training in Geelong on Wednesday, Sri Lanka captain Dasun Shanaka said he expected Gunathilaka would be fine. Madushan, however, was still awaiting the result of a scan, he told reporters.

Shanaka added that multiple players were on stand-by in Sri Lanka to be flown in as injury cover.

The unbeaten Netherlands lead Group A on four points, with 2014 champions Sri Lanka third, level on points with second-placed Namibia but behind the Africans on run-rate.

Namibia play the winless UAE in the other qualifier in Geelong on Thursday.

The top two sides advance to the Super 12.