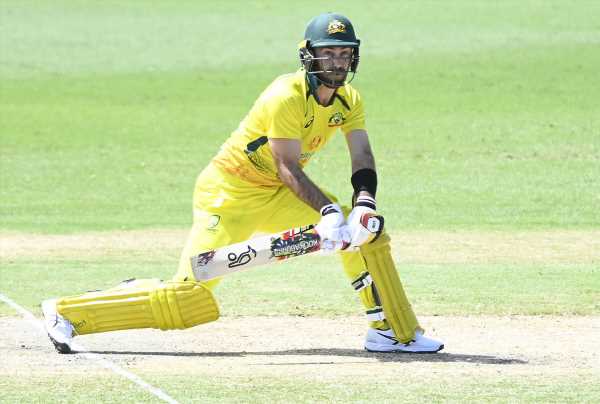 ‘Free mindset and let him play his game.’

All-rounder Glenn Maxwell remains a key member of Australia’s team for their upcoming Twenty20 World Cup title defence despite a recent poor run of form with the bat, according to paceman Josh Hazlewood.

Maxwell’s score of eight in Australia’s warm-up series loss to England in Canberra on Wednesday was his highest in his six most recent T20 innings, which have netted him only 16 runs.

Hazlewood, a team mate of Maxwell’s for Australia and in the Indian Premier League, had no doubt that the Victorian’s value would be apparent again before too long, however.

“I’ve played a lot with Glenn lately, in all three aspects of the game he’s outstanding and he’s that close to winning a game for us off his own bat, or with the ball or in the field,” Hazlewood told reporters in Canberra on Thursday.

“He’s a key part of the team and just adds that balance beautifully.”

Maxwell has been batting at number four and Hazlewood said it was important that he did not become distracted by over-strategising his role in Australia’s line-up.

“You don’t want him going away from his natural instincts,” Hazlewood added.

“He’s the sort of player who reacts to what’s in front of him and that’s the one thing you want from Glenn all the time.

“Free mindset and let him play his game.”

Australia had a sloppy night in the field in Wednesday’s eight-run loss, which allowed England to take an unassailable 2-0 lead in the series, but Hazlewood was convinced that aspect of the game would also be alright when it counted.

“The fielding was down on par for sure,” he added. “You don’t know what you put it down to sometimes, it’s usually an attitude thing, or the boys might be a bit flat from the flights over to Perth and back.

“It could be anything but it mostly comes down to an attitude thing and we’ll be back on it next game.”

Australia open their title defence against New Zealand at the Sydney Cricket Ground on October 22.