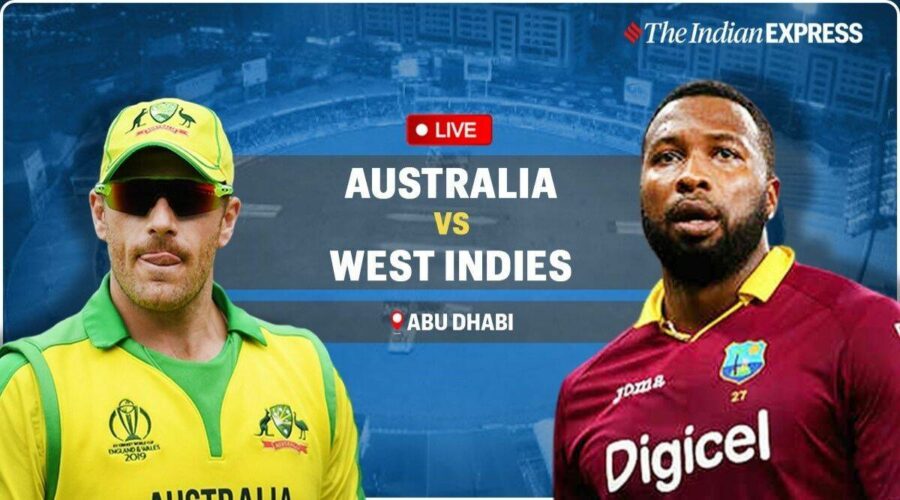 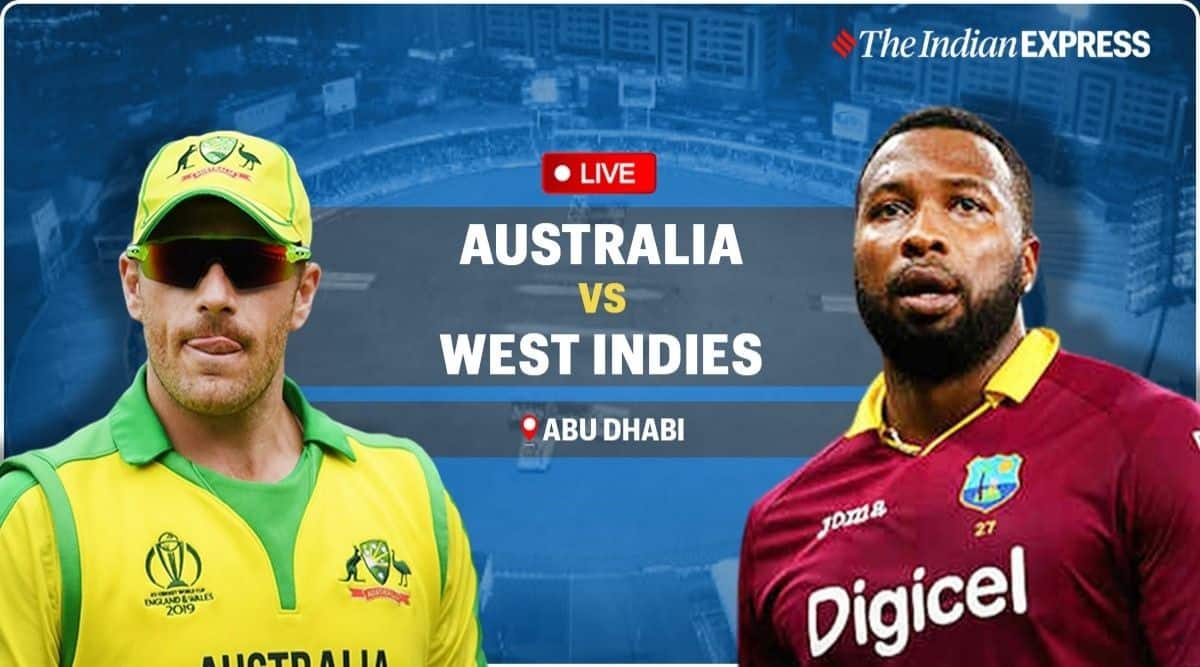 T20 World Cup, Australia vs West Indies Live Score and Updates: Australia skipper Aaron Finch won the toss and elected to bowl against the ousted West Indies in a Super 12 Group 1 match of the T20 World Cup in Abu Dhabi on Saturday.

The Australian playing XI is unchanged while defending champions West Indies brought in Hayden Walsh Jr for Ravi Rampaul. A victory by a huge margin should help Australia in their quest to clinch a semifinal spot.

Australia vs West Indies Live Score and Updates: Australia take on West Indies in a Super 12 Group 1 in Abu Dhabi

Chris Gayle, with sunglasses, and Evin Lewis walk out to open for West Indies. Mitchell Starc starts the proceedings with the ball. The pacer keeps things tight as the batters only deal in singles. Just four runs off the over. WI: 4/0 (1 over)

The square boundaries are just 68 meters. It is a big boundary straight. There are a few cracks on the back of a length spot, just where Hazlewood lands it. Not all pitches are prepared the same way but if history is anything to go by, batters could be challenged on this surface.

The coin goes up and Australia have won it and as is with the tradition in this T20 WC, have opted to bowl against the West Indies.

Their campaign back on track after drubbing Bangladesh in their previous game, Australia cannot afford slip-up against an unpredictable West Indies in their final Super 12 match as they look to seal a semifinal spot in the T20 World Cup on Saturday. After losing to arch-rivals England last Saturday, Australia bounced back with a record eight-wicket win over Bangladesh on Thursday which boosted their net run rate from -0.627 to 1.031. Still, a win may not be enough for the Aaron Finch-led side to book a last-four berth if the Proteas manage to beat the Englishmen by a margin that would better their NRR than Australia’s in Saturday’s another Group 1 match in Sharjah. Australia, the 2010 runners-up, had made their last semi-final appearance in 2012 when they were eliminated by the eventual champions West Indies. The two-time defending champions West Indies side failed to live up to their reputation as they relied heavily on their ageing stars like Chris Gayle, Dwayne Bravo, Andre Russell and Kieron Pollard. From crashing to 55 all out in their group opener against England to faltering against Sri Lanka on Thursday that sent them out of reckoning for a semifinal spot, it just did not work out for West Indies.

Australia have a chance of making it to the semifinals despite never looking anywhere close to their best. They’ve gone from very efficient to very substandard, and everywhere else in between, already in the UAE. Their humbling defeat to England was followed soon after with a proper thrashing of Bangladesh, where their bowlers ruled the roost. David Warner’s form has been very symptomatic of the entire team’s progress. The West Indies, meanwhile, have had nothing to say so far, and understandably so based on their forgettable display as a team. The defending world champions have barely been a shadow of their mighty selves and find themselves prematurely eliminated. If anything, they have enough reasons to be upset with their own performances and get riled up to finish their campaign on a high.