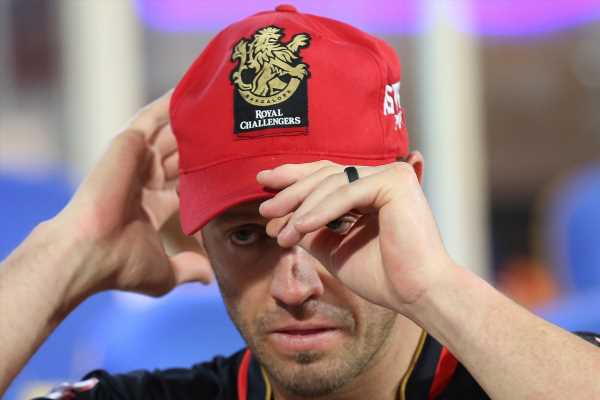 If the Royal Challengers Bangalore trounced the Kolkata Knight Riders by 82 runs in the IPL game in Sharjah on Monday, October 12, it was because of one man: A B de Villiers.

The South African genius demolished KKR with a magnificent unbeaten 73 from just 33 balls to boost RCB’s campaign in IPL 2020.

AB bludgeoned six sixes and five fours in his knock to set up a strong>match-winning total of 194/2.

He flayed the KKR bowling, racing to his half-century from just 23 balls. His colossal six off Andre Russell, over the bowler’s head, had class written all over it.

AB pulled the short ones, whacked a few over covers, some over the bowler’s head and a few out of the stadium, bringing traffic on the road to a standstill.

The de Villiers show began with a straight drive off Prasidh Krishna; not even the stumps at the bowler’s end could take the power off the shot.

He then plundered 18 off Kamlesh Nagarkoti’s last over, smashing him for two massive sixes on the on side off successive balls.

Rarely has a batsman been as destructive in the IPL. Rest assured there is more to come from the incomparable AB.