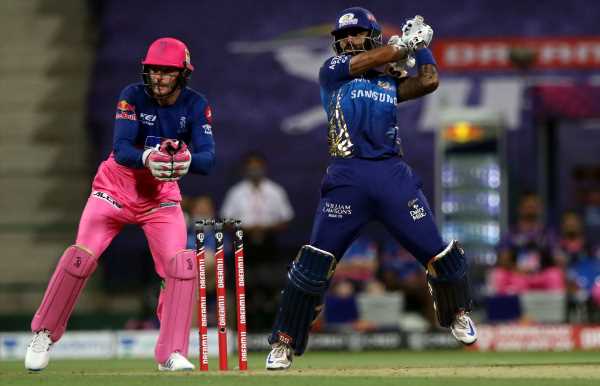 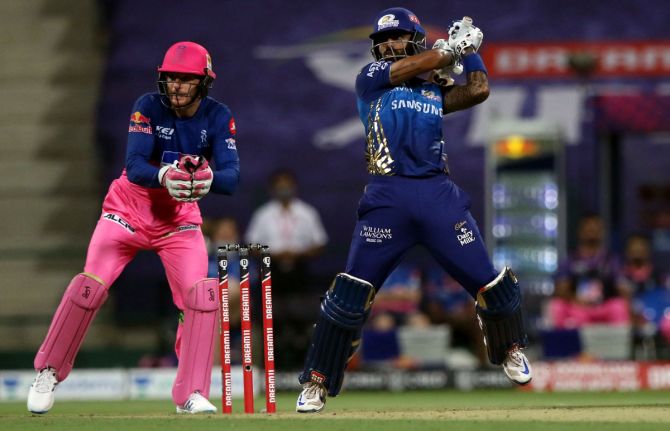 In a batting line-up featuring world class players like Rohit Sharma, Quinton de Kock and Kieron Pollard, it is not a surprise that someone like Suryakumar Yadav doesn’t get noticed much.

Yadav and Ishan Kishan were the only two players in the Mumbai Indians team in their IPL match against the Rajasthan Royals in Abu Dhabi on Tuesday, October 6, who hadn’t played international cricket.

But it is clear that the uncapped right-hander is an integral part of the Mumbai Indians outfit and occupies the vital No 3 slot in the batting order.

There is no doubting Yadav’s class. He has been quite consistent ever since he returned to the Mumbai Indians in 2018 — scoring 512 and 424 runs in the last two seasons respectively.

Against Rajasthan, Yadav had time to get his eye as he came in after a quickfire start provided by openers Sharma and de Kock.

Yadav got going with a with perfectly timed boundary past the fielder at mid-on off Tom Curran.

He went after debutant pacer Kartik Tyagi, hitting him for successive boundaries through the off-side.

He repeated the dose on leg-spinner Shreyas Gopal as he swept him for a four and then played a delightful inside out shot over the covers for another boundary, in the 12th over.

Yadav guided a wide delivery from Curran fine on the off-side for a four to race to his fifty from 33 balls and importantly kept going despite getting to the milestone.

Curran suffered again in the death overs at Yadav’s hands, swept for a six over square leg and then swiped the next over short fine leg for a four, in the 18th over.

Yadav sustained a blow when he was hit on his helmet by a fiery bouncer from Jofra Archer and after passing the concussion test on the field, he showed great to play the risky reverse paddle off the very next ball from the England fast bowler for a six over the wicket-keeper.

It was their late fireworks which helped Mumbai amass 68 runs from the last five overs, to leave Rajasthan with an uphill task.