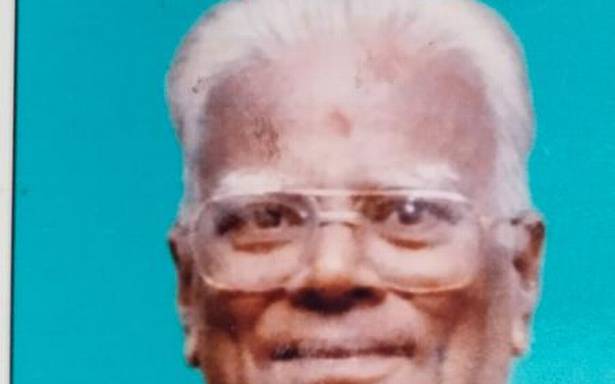 Lakshmanan, a 1500m National champion, accompanied the Indian athletics team for the 1968 Mexico Olympics as manager.

G. Lakshmanan (94), one of the country’s prominent sports administrators and a former sports officer of Southern Railway, passed away here on Tuesday, after a prolonged illness.

He is survived by his wife, three daughters, and two sons.

Lakshmanan was the technical director for the 1982 Delhi Asian Games. He was also the vice-president of TNOA when he accompanied the state contingent as chef-de-mission in the National Games in 1989 & 2011.

A qualified NIS (Patiala) athletics coach, Lakshmanan recruited a lot of sportspersons into Southern Railway, who went on to achieve laurels internationally.

He was the Technical Committee Chairman for the 1995 SAF Games held in Chennai.

Name to reckon with

Former India hockey captain and Olympian V. Baskaran, who served as the Senior Sports Officer of Southern Railway, said Lakshmanan was a name to reckon with in sports administration in the country.

“He was a good administrator, was instrumental in getting AAFI affiliated to the Asian Athletics Federation. He was responsible for putting Railways into the world map,” he said.