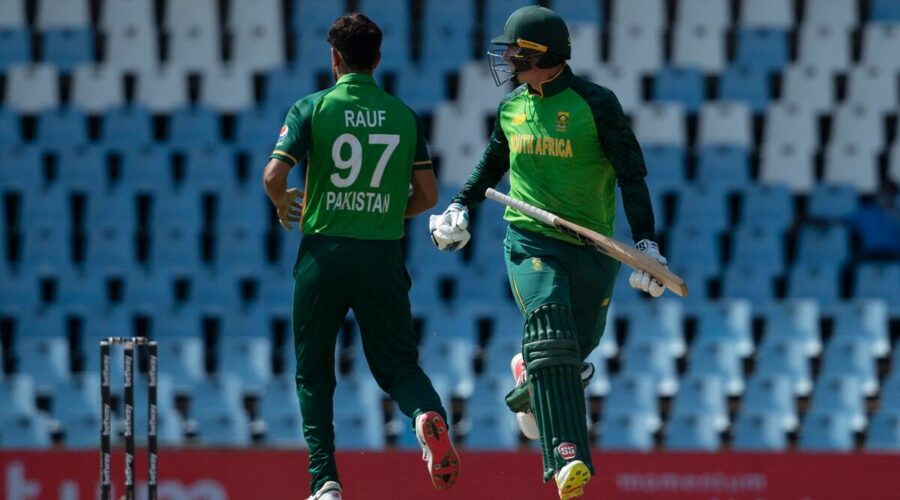 South Africa vs Pakistan (SA vs PAK) 3rd ODI Live Cricket Score Online: Babar Azam's Pakistan will be looking to capitalise against an inexperienced Proteas lineup in the series decider South Africa vs Pakistan (SA vs PAK) 3rd ODI Live Cricket Score Updates: Babar Azam-led Pakistan have a chance to win the ODI series as five Proteas players have left to join their respective franchise in the upcoming Indian Premier League (IPL) 2021. Batsmen Quinton de Kock and David Miller scored half-centuries in the second ODI contributing to the mammoth total. On the other hand, fast bowler Anrich Nortje was hosts’ prime wicket-taker with seven wickets in the bag. In his absence, Proteas will rely on their inexperienced bench strength at SuperSport Park, Centurion. However, in the batting department, skipper Temba Bavuma and Rassie van der Dussen’s form will be a big boost for hosts.

Azam is in good form having scored a century in the first ODI whereas Fakhar Zaman fell short of a double century in the nail-biting affair on April 4. Pakistan will be hoping for more support from their middle-order batsmen as Zaman was running short of partners in the big run chase in the previous ODI. Pakistan may look to make a few changes bringing in Haidar Ali and Hasan Ali in place of Asif Ali and Mohammad Hasnain. Asif has scored just 21 runs from two games whereas Hasnain was expensive in the previous game and has taken two wickets in the series.

As per AccuWeather, there will be cloud cover for the better part of the day. However, there are barely any chances of rain interrupting the final encounter of the ODI series. On the other hand, with clouds hovering above, the two teams may look to include an extra seamer in their lineup.