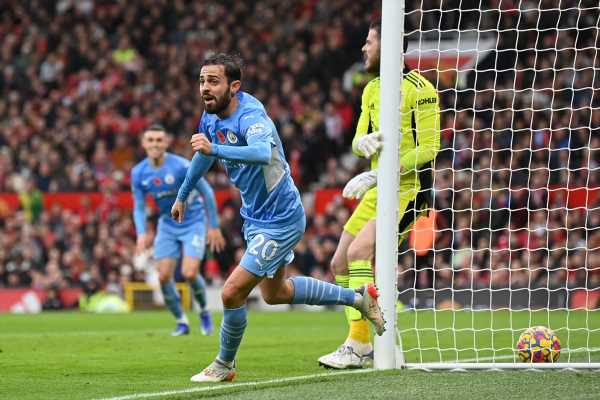 Manchester City midfielder Bernardo Silva will stay with the Premier League champions as there have been no bids for the Portugal international, manager Pep Guardiola said on Friday, closing the door on any potential last-minute transfer.

Guardiola had said earlier this week that he would not stand in Silva’s way if Barcelona came calling when the 28-year-old was linked with the Spanish club. But he has now changed his stance with the transfer window closing next week.

“He will stay here, absolutely,” Guardiola said, cutting a reporter off when he was asked about Silva’s future.

“We don’t have any phone call from any club regarding Bernardo Silva, so that’s why he’ll stay.”

Guardiola also refused to acknowledge if French champions Paris St Germain had come in with a bid for Silva.

City host Crystal Palace in the league on Saturday, the only team they failed to score against last season while also losing 2-0 at home.

“They have resilience and an incredible amount of quality,” Guardiola said.

“They defend the 18-yard box really well, good set pieces, good transitions. They have weapons, experienced players in the middle.”

Palace boss Patrick Vieira said the challenge will be whether the London side can repeat the same kind of performance this weekend.

“The game will be clear: they will have possession, they will have really good moments and it’s about how we manage those moments,” the Frenchman said.

“We’ll have to defend well, there’s no doubt about it. We’ll have to be clear about roles and responsibilities, what we need to do. It may not be enough but we’ll go there and compete.”

Newcastle United have signed Alexander Isak from Real Sociedad on a long-term deal, the Premier League club said on Friday, shattering their transfer record to recruit the Sweden striker.

The clubs did not disclose the fee but British media reported Newcastle paid around 59 million pounds ($70.03 million) to sign the 22-year-old.

The fee eclipses the 40 million pounds Newcastle paid for Bruno Guimaraes in January and Joelinton in 2019. Isak is Newcastle’s fourth major signing since the close season after Nick Pope, Matt Targett and Sven Botman.

“It is a great, historical club that I think anyone would like to play for, with amazing fans. They were a big part of why I came here and also the club’s project, which is one that I really believe in,” Isak said in a statement.

“You always want to go into a team and know how they play. I think Newcastle play very attractive football and I want to be a part of that.”

The striker, who is 6 feet 4 inches tall, has become a permanent fixture in Sweden’s front line, playing 37 times for his country and scoring nine goals since his debut in 2017. At Real Sociedad, he scored 44 goals in 132 appearances.

“He is an outstanding talent who is capable of making a big contribution to the team,” Newcastle boss Eddie Howe said.

“He is technically very good, with a mix of attributes that will complement us, but he is also at a great age to grow with this club.”

Newcastle are sixth in the table after three games and next play away at Wolverhampton Wanderers in the league on Sunday.

08/26/2022 Sport Comments Off on Soccer: Silva will stay at Man City: Guardiola
India